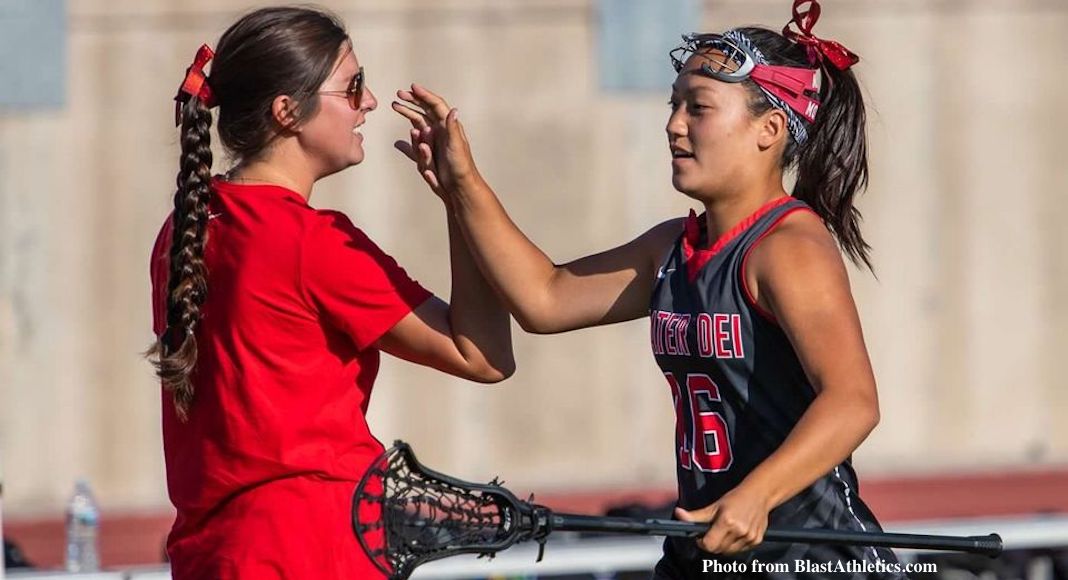 The 23-year old Silance takes over a powerhouse program that won Southern Section titles in 2016 and 2017 and has lost only two games to Orange County competition since 2016.   Despite her youth Silance relishes the challenge and is ready to lead the Monarchs.

“For me, the opportunity to coach at Mater Dei is incredible,” Silance said by email. “I have always wanted to come back and coach at my alma mater, but never thought it would happen. Many might underestimate my ability to take on this position being that I graduated from MD in 2013 and was named head coach in 2018 at 23 years old, however I know I am capable of leading this prestigious program. It is an honor and a privilege to be amongst the great coaches at Mater Dei and learn from their success.”

Silance’s success as a student-athlete continued at UCLA where she received a Bachelor of Science in Biology and was a member of the UCLA Women’s Club Lacrosse team. She helped lead the Bruins to two third place finishes and two additional top ten finishes in the WCLA National Tournament. She was also named to the WWLL First Team All-League in 2014.

Silance’s relationship with Bowman dates back to her playing days at Mater Dei when Bowman when was the young coach with big aspirations.  Silance credits Bowman with helping instill her passion for lacrosse and clearly respects Bowman’s coaching abilities.  Don’t be surprised if some of Bowman’s influence is apparent in Silance’s coaching style.

“I have learned a lot from Cressita as both a player and as her assistant coach,” Silance said.  “A big reason I continued to play lacrosse at UCLA was due to Cressita and the love of the game that she helped me discover in high school. I jumped at the opportunity to come back and coach with her last year.

I’d say the biggest lesson I have learned from Cressita was the importance of perseverance and the development of trust among players and coaches. It is very difficult to coach a team that does not trust their teammates or you, as a coach, and believe in what you are doing. I saw how Cressita was able to build that trust with her players last year. I am hoping to develop that same level of trust and commitment going into season and into the years to come.”

Silance’s goals for her first season can be summed up in a few simple words, win and have fun.

“My goal for the upcoming season is to have what I believe any head coach wants to have, a winning season,” Silance said. “That being said, I want the girls to build chemistry with each other and play with a ‘team before me’ mentality. I want them to have fun while they are playing and remember why they started playing lacrosse in the first place. I believe if we are able to achieve these things, the rest will fall into place.”