Sieverts Signs with Under Armour 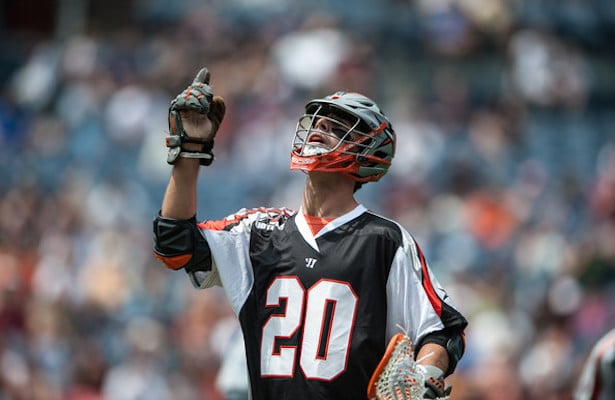 Inside Lacrosse reports that Corona del Mar High School assistant coach and Major League Lacrosse star midfielder Jeremy Sieverts has joined Under Armour as a sponsored athlete, signing on to represent the Baltimore-based footwear, apparel giant as a lacrosse player.   Sieverts for the University of Maryland, where he was a captain, before migrating to the west coast.  As a pro player, Sieverts is a remarkable story. After failing to break through on a roster during his first three seasons, he’s burst on the scene as one of MLL’s best players. In 46 games since 2012, he’s 145 points, including 21 2-point goals. A crowning achievement, Sieverts was instrumental in the Denver Outlaws’ first MLL championship last August.  The following Q&A is from the Inside Lacrosse article.

As a Baltimore native and a Maryland alum, I have to imagine it’s an exciting opportunity to join up with Under Armour. What about that chance was so appealing to you?

Just that — being able to come home to Baltimore to join Baltimore-based company after playing at the University of Maryland, it’s special to be a part of Under Armour again. Being a part of a worldwide brand is special. Under Armour is on the cutting edge of innovation. To be able to bring that to lacrosse is something I’m really excited about.

What was the experience like to be put through a workout and have your photo taken as you join the Under Armour family?

It was awesome. The facility here is phenomenal and I just had a lot of fun with Coach Jay Dyer — he’s put me through some stuff and I was doing some photo-ops it’s really cool to experience being an Under Armour athlete.

As a Denver Outlaw and a high school coach in Orange County California, you’ll have an opportunity to wrap under armor on the West Coast. What’s that like?