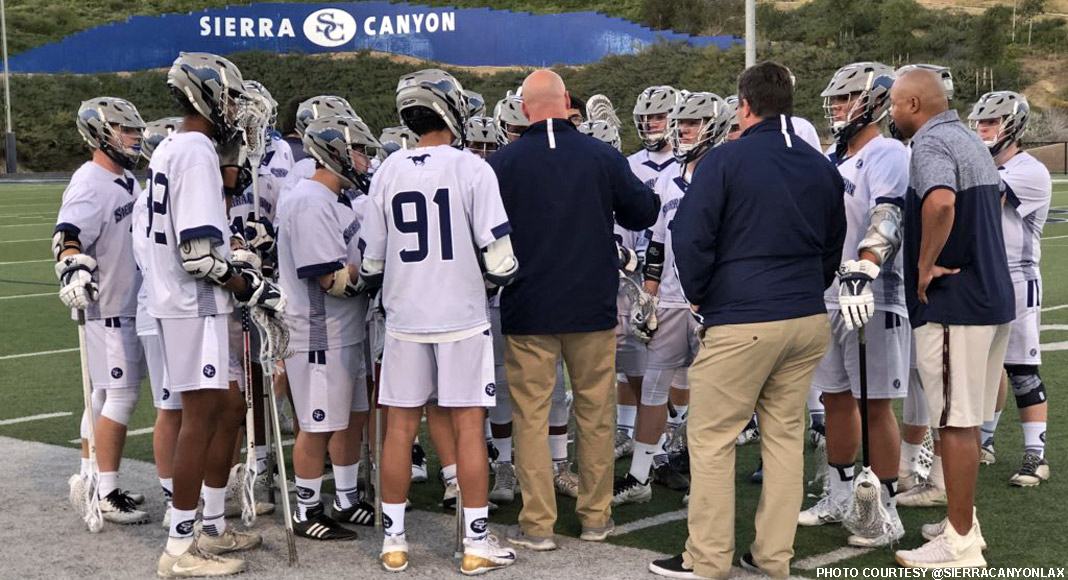 Junior Mac MacLean scored with 17 seconds left in overtime Tuesday, lifting No. 13 Sierra Canyon past visiting No. 10 Palisades 12-11 in a nonleague game.

The overtime game-winner rescued the Trailblazers (8-5), who had led 10-8 entering the fourth quarter and extended the lead to 11-8 before the Dolphins came alive. Aidan Caso scored the tying goal for Palisades with 34 seconds left in regulation, his 100th point of the season.

Dolphins middie Milo Sherman won the face-off to open the overtime period, and Palisades was poised to continue its late scoring run but turned it over. That led to MacLean’s game-winner.

Sierra Canyon closes out its regular season on Thursday at Brentwood. Palisades plays at home Thursday against Valley Academy in the City Section semifinals. A win there puts the Dolphins in the City title game against either Birmingham or Hamilton.