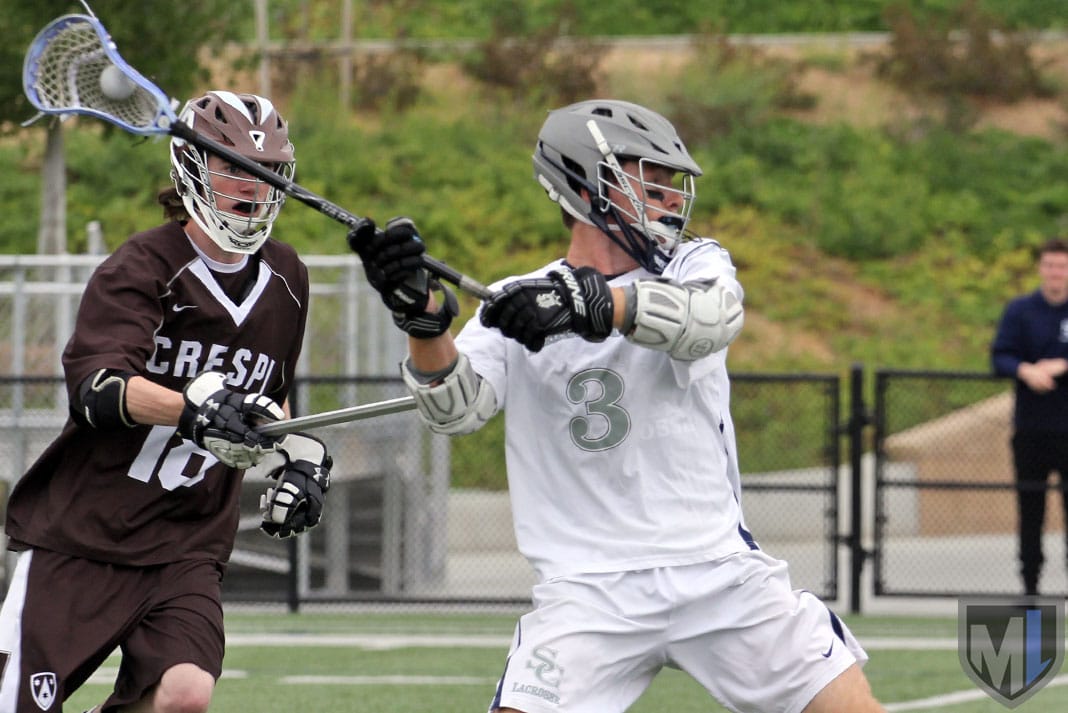 “I am so proud of Matt and his commitment to St John’s,” Sierra Canyon coach Mario Waibel said. “He embodies that blue-collar work ethic and spirit to work harder, push himself farther and fearlessly put himself out there to reach his goals, both on the field and in the classroom.”

Waibel, who also coaches Chopp with the Goon Lacrosse and LA Heat clubs, said Chopp applied that same work ethic to his recruiting process, meticulously researching and targeting the schools that showed interest in him.

“I decided on St. John’s because of the strong academic reputation, along with the great lacrosse program,” Chopp said via text message. “When I visited campus, I felt really comfortable, and I’ve enjoyed building a good relationship with the coaching staff. I’m extremely excited to become a member of the St. John’s lacrosse team.”

Waibel said Chopp, an athletic dodger with the speed to beat most defensive middies, is “the embodiment of what hard work produces.”

“When he came to us, he was a great athlete who could barely catch and throw,” Waibel said with a laugh. “I think I even challenged him to quit or commit, and boy did he commit. His GPA shot up and stayed at a 4.0-plus, he was shooting and playing wall-ball everyday and weekends, before and after school for hours, in the weight room, film, playbooks — he couldn’t get enough.”

Waibel also told two stories about Chopp’s early experiences on the national tournament circuit that illustrate how he went from barely being able to catch and throw to becoming a D-I caliber recruit:

After Chopp’s freshman season, Waibel took Chopp to an East-coast tournament with the LA Heat, telling the ambitious but overmatched player, “I want you to see how far you need to go. It was really hard on him. He started (lacrosse) really late. He was the worst player on the field but the best athlete. He had no clue what to do, but by the end of that summer, he was one of our best players — he was one of the best players on the Heat.”

The other story paints an even better picture of Chopp’s rise:

“I remember once after a tournament in Maryland early in Chopper’s journey, he missed some shots. Everybody leaving the venue that day, at dusk, in the freezing rain, saw Matt on the field taking extra reps to fix his mistakes before the next day.

“That is the kind of urban legend we tell our players about in hopes they will have half of that drive. That moment defines Chopper in everything he does.

“He is a rare pleasure to have the opportunity to coach, and we have only scratched the surface of what he is capable of.”