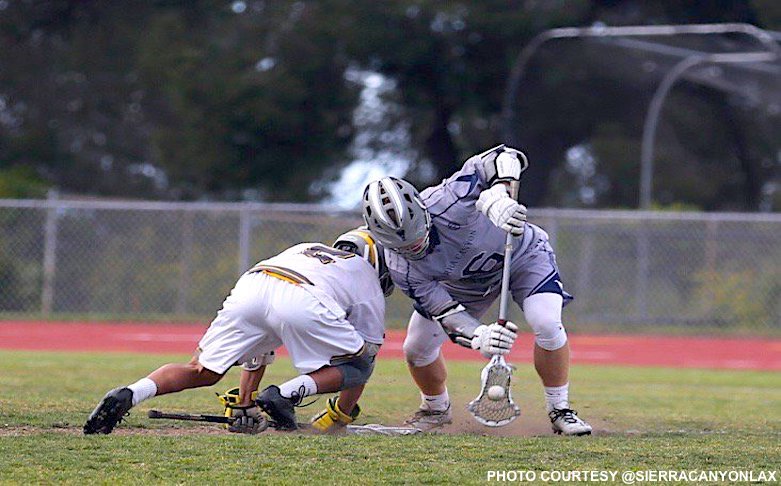 The Trail Blazers (6-6) had lost consecutive games to No. 5 Oak Park, No. 2 Palos Verdes, Menlo-Atherton (Bay Area) and No. 9 Chaminade. While they are on track to win the Gold Coast League for the third year in a row, they had yet to beat a ranked team. Sierra Canyon also has losses to No. 4 Oaks Christian and No. 8 Newbury Park.

Tuesday, they beat a Peninsula team that has been in the Top 20 all season despite struggling to a 3-8 record entering Tuesday’s game. The Panthers (3-9) played much of the season without senior attack Kyle Beachboard and also were without senior LSM Scott Phillips for a number of games. Those injuries, and an expectation that Pen would be more formidable with them back in the lineup, are likely what prompted poll voters to keep Peninsula in the Top 20. But the Panthers have lost their last two and are running out of opportunities as the season winds down.

Sierra Canyon, too, was down to its last few opportunities to post a signature win. The Trail Blazers play host to No. 1 Harvard Westlake on Saturday, but their other three remaining games are in league play.

With Rosberg winning 76 percent of his face-offs Tuesday, the Trail Blazers were able to control tempo and build a comfortable 7-3 lead over the Panthers midway through the third period. They extended it to 9-4 early in the fourth and gradually pulled away from there.

Rosberg (4g, 2a) and sophomore Andrew Berg (3g, 2a) led the Sierra Canyon offense, with support from sophomore Mac MacLean (3g), senior Matt Chopp (1g, 1a) and Alex Brooker, Will Vangelos and Jarod Russo (1g each).

Peninsula plays at home Friday against Redondo Union, then plays in the Bay League tournament next week, likely opening against No. 13 Mira Costa. A win in that one likely would mean a title-game matchup with Palos Verdes, followed by a nonleague matchup with St. John Bosco on April 29.