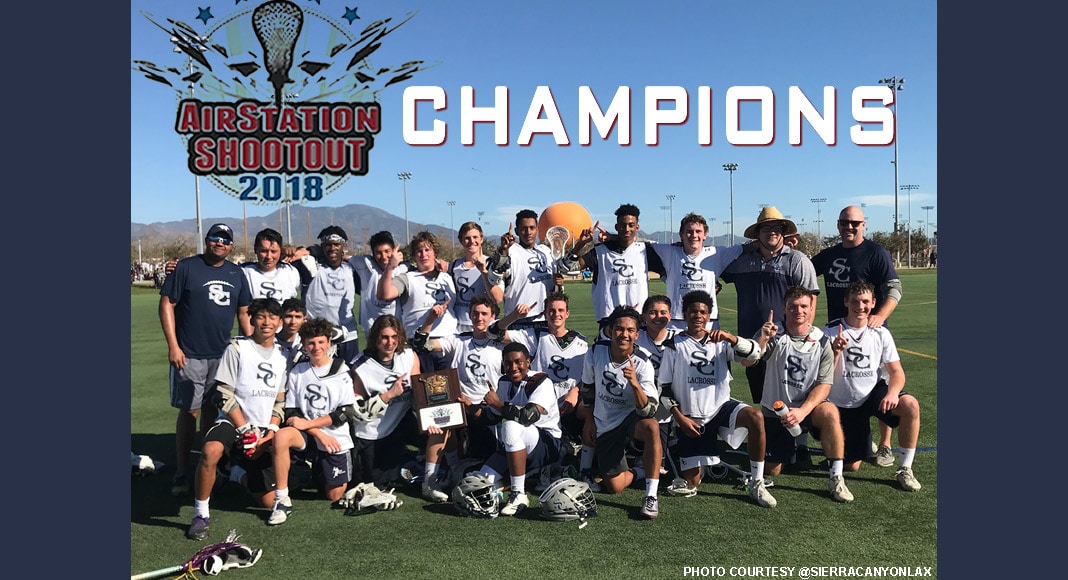 The Blazers of Sierra Canyon HS edged the Navigators of Newport Harbor 6-5 on Sunday to win the championship in the High School Open Division at the 2018 Air Station Shootout in Irvine.

In the championship game, Blazers HS trailed late but made a defensive stop that led to a goal, then won consecutive face-offs to keep the ball in their offensive end and eventually take the lead and run out the clock.

“This is such a great preseason event,” Waibel said. “Several young players were able to get that higher level experience; guys coming off injury were able to work through runs; and as a whole guys worked through jitters and rust at an accelerated pace. To top it off, it was great to find some success against good competition!”

The Navigators won Pool 1 with a 3-0-1 mark, beating Coastal 9-5 and Animals Open (Rancho Bernardo) 10-1 on Saturday, then tying Independence 4-4 before finishing pool play with an 11-2 win over Ronin (Valencia/Calabasas).