Showtime at the Showdown for the SC Sharks 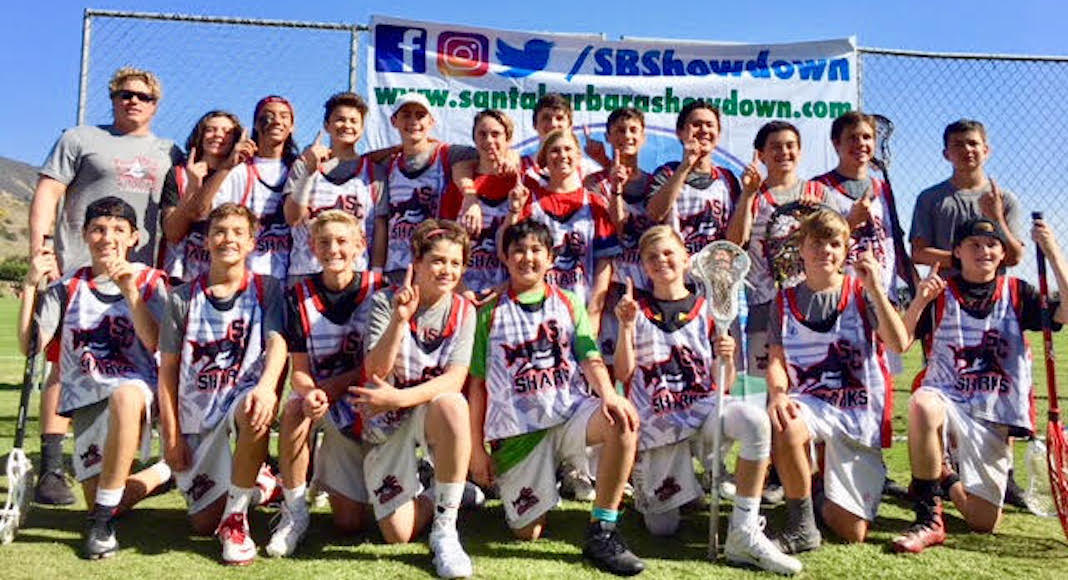 The SC Sharks 2022 team made a statement this past weekend in winning the Boys Middle School Division of the Santa Barbara Winter Showdown. After a 6-3 loss to a deep Dragons 8 Blue squad, the Sharks found themselves at 1-1 and in 3rd place based on goals allowed.

The Sharks had to hold their next two opponents to a single goal stay in championship contention. With the odds stacked against them, they showed grit and determination in winning their next two games by the scores of 10-0 and 11-1.

After pool play, the Sharks suddenly found themselves in 2nd place and in the championship against the same Dragons team.

From the start of the championship game, the team hit on all cylinders and dominated every facet of the game from face-offs, offense, defense and special teams. At the half, the Sharks led 5-0 and stunned all the spectators. The Sharks continued their dominance in the second half and never gave a good Dragons team a chance to get back in the game.

As Coach Finnerty said after the game, “Everyone contributed to the Sharks’ success this weekend. Our experienced players led and their effort inspired our newer players to play hard and never let up. I am very proud of all our boys.”