Shock Lacrosse Wins HS-B Title at War on the Shore 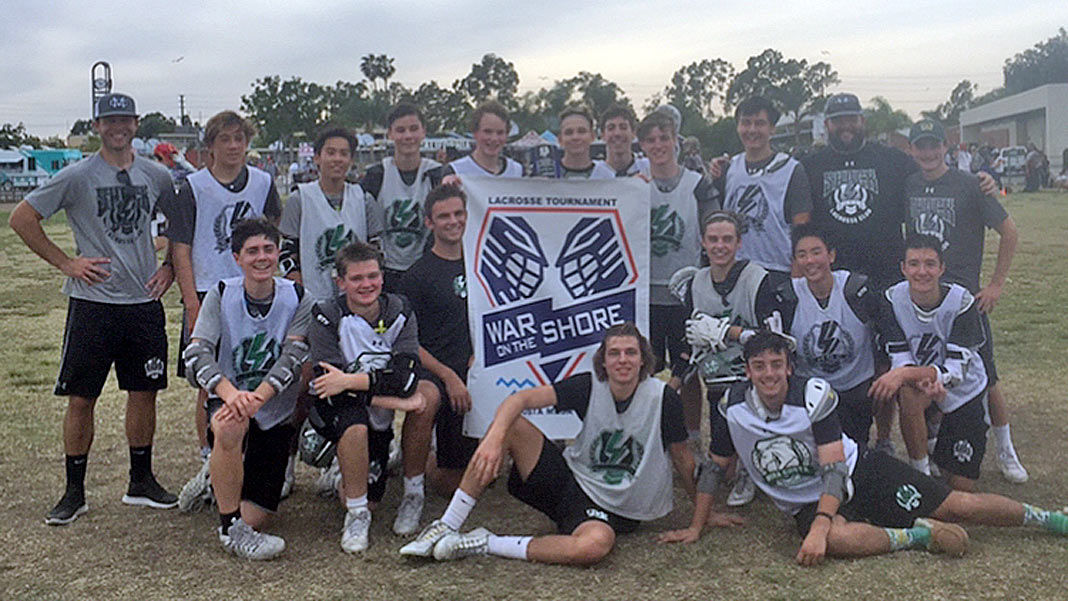 Shock Lacrosse out of Mira Costa HS went 4-0 over the weekend to claim the High School B-JV Division title at the War on the Shore tournament at Costa Mesa HS.

War on the Shore featured 35 boys teams competing in five divisions, from U13 to High School Elite.

“We played really well as a team,” Shock coach Aaron Karsh said. “We had a lot of new players for whom this was their first time on the field in competition, and they fit right in with our returning players.”

Shock opened play on Saturday with a 9-3 win over Independence, made up mostly of Santiago HS players, then followed with a 7-0 win over Team 395. In Sunday’s bracket play, Shock defeated Buku HS Silver out of Mater Dei 8-6 then defeated NOC out of Woodbridge HS 11-4 in the title game.

“I’m really excited about our group,” Karsh said. “This is the second tournament win for this group; we won in Santa Barbara over the summer and are looking forward to more.”

In other divisions, Titans Elite out of Tesoro won the Elite Division, defeating Victory SJC 8-4; Pinnacle Aces 2020 out of Northern California defeated Roughnecks 5-4 to take the HS Open A title; Victory Select 2022 Black blanked Victory Select 2022 Silver 15-0 for the U15 crown; and OC Black Horse took down Team 12-Empire 11-3 in the U13 Division title game.