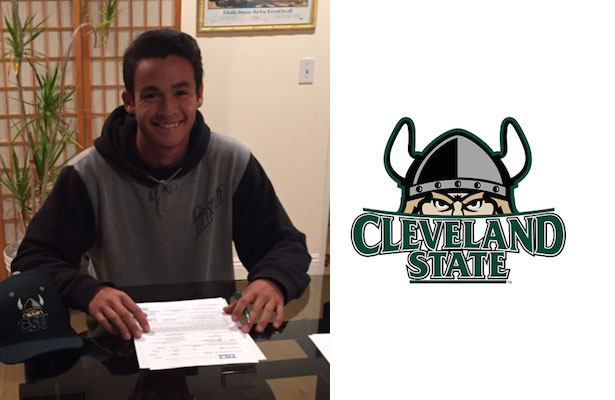 Sherwin Gersten signed a National Letter of Intent this week to play Division 1 lacrosse at Cleveland State.  Gersten graduated from Corona del Mar High School this past spring but was overlooked on the recruiting scene while in high school. Vikings head coach Dylan Sheridan who was familiar with the Sea Kings program from his days as a University of Denver assistant scooped up the  First Team All-County, ALL-USA Southern California, and All American honoree.

CdM head coach G.W. Mix says “Sherwin is the perfect recruit to help Coach Sheridan build a program. He is a dedicated teammate and tireless worker. Pound for pound, Sherwin is one of the toughest, most determined players I have ever been around. The bigger the challenge, the better his response. A humble warrior.”

Gersten said in a CSU press release “Playing lacrosse at a competitive level has always been a goal of mine, to have the opportunity to compete and be around teammates who feel the same way is amazing. Cleveland is such a cool city to live in, I never thought I would fall in love with a city-like atmosphere but Cleveland State opened my eyes.”