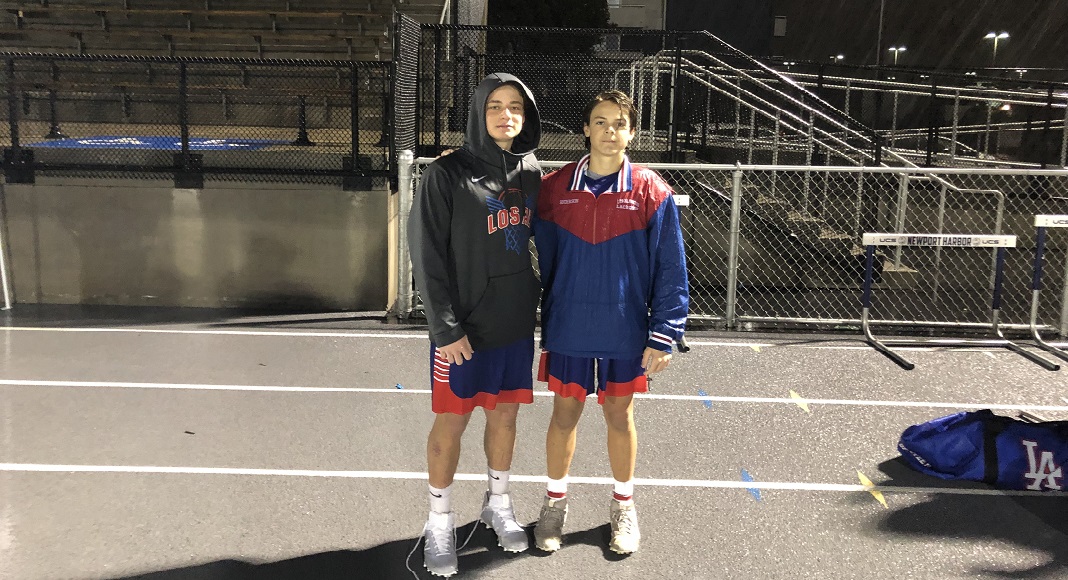 Ed Shean had seven goals including the eventual game-winning goal to lead the No.11 Los Alamitos boys lacrosse team to a 12-11 upset over No.4 Santa Margarita on Saturday at Newport Harbor High School in the OC Invitational.

According to MaxLax records, the last time Los Al defeated Santa Margarita was some time before 2013.

“Having a Los Al name on your jersey, we don’t commonly beat a team like Santa Margarita,” Shean said.

The two teams traded blows throughout the game and saw multiple lead changes. The Griffins jumped out to an early 3-2 lead only to watch Santa Margarita battle back and carry a 6-4 lead into halftime. Finding an answer for Shean who had all four of the Los Al goals, was no doubt a topic of discussion in the Eagles’ halftime huddle.

Los Al came out firing in Q3 and took back the momentum with a seven goal outburst that gave them a 10-8 lead going into the final quarter.

Slowly but surely, the Eagles got the lead down and tied the game at 11-11 thanks to a goal from Connor Carr. The Griffins won the ensuing faceoff as coach Tim Fox called time out.

The Griffins took back the lead thanks to a goal from Shean with about 27 seconds left. The Eagles got the ball back and a final shot which found the back of the net, but was disallowed because the shot came after the final horn sounded, as the Griffins stormed the field.

Fox said that this win ranks as one of the best wins his coaching career at Los Alamitos.

“This was a team win tonight. We just had to settle them down at halftime, make that everyone on the same page and tell them that possessions was going to be the key,” Fox said adding that Shean was given the game ball.

In additions to Shean’s big game, freshman Drew Anderson had three goals while James Hightower and Thomas Dentzer each scored one goal apiece. Guido Cuccia had 11 saves for the Griffins.

“He’s a young kid, but he’s got a lot of talent,” Shean said of Anderson.

For the Eagles, Tyler Wrightson, Ryan You and Connor Kentros each had two goals apiece. Corbin Feathers, Chad McFadden, Jack Allender and Carr each scored once for the Eagles, who got nine saves from Ryan Olsker.

“He’s one of our leaders, one of our captains, it starts with him. I know I can depend on him, I just don’t want to have to depend on him all the time,” Eagles coach Paddy Chester said of Olsker.

Up next for the Griffins (2-1), a road game against the three-time defending Southern Section champion Loyola (No.1 in LA) on Tuesday. For the Eagles (1-2), they have a home game against Trabuco Hills (No. 5 in OC) on Monday.