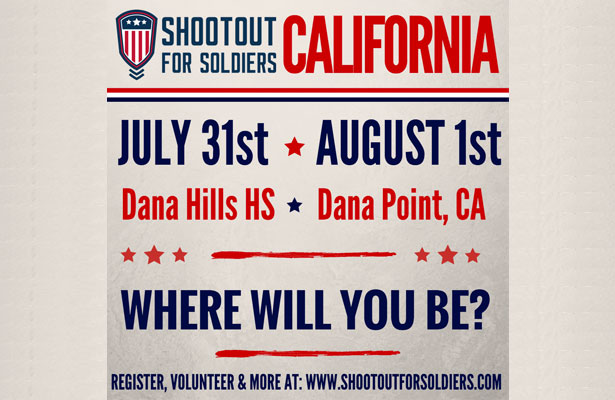 Dana Hills High School head coach Chris Iltis has informed MaxLaxOC.com that Shootout for Soldiers, the 24-hour lacrosse game,  is coming to Orange County this summer.  Last year, SFS raised $176,000 and brought together 2,000 players and over 14,000 spectators. The funding from the event goes to support the Army Ranger Lead the Way Fund, the Gary Sinise Foundation, the Semper Fi Fund, and the Wounded Warrior Project.

Started in 2012 by a group of Baltimore high school students from Boys’ Latin School of Maryland, the SFS has grown in popularity and success each year. The inaugural SFS event shattered the world record for world’s longest lacrosse game ever, and raised $105,000 through the participation of 1,000 players. The next year SFS expanded to McDonough High School in Baltimore and added a girls’s game. Long Island was addd to the list in 2014, and this year Shootout for Soldiers will debut in Orange County.

Want to be a part of the big lacrosse event in Orange County this year?  Go to www.shootoutforsoldiers.com to register to play or volunteer in California.

Where Will You Be?