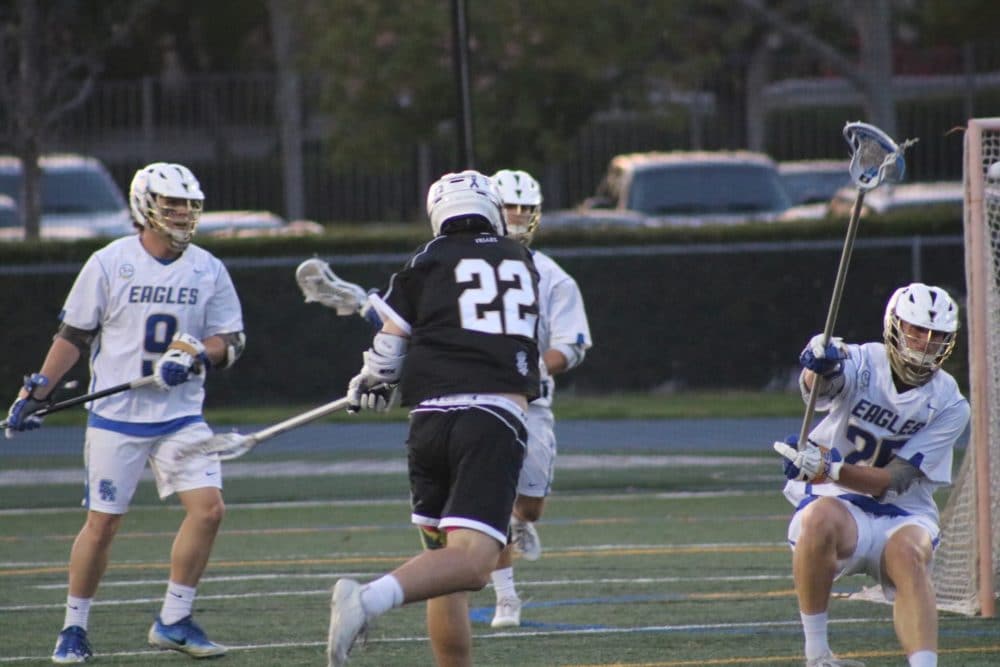 Servite senior-captain Zach Williams has committed to attend and play MCLA Division 1 lacrosse at the University of Arizona. While there were multiple reasons as to why he chose to call Tucson, Az. home, the attackman wanted to remain close to home and stay in a warm weather climate.

“It’s close to home and I love the weather in Arizona and I just fell in love with the campus while I was there,” Williams said. “The weather is a big part of it for me being from California and I love the hot weather.”

According to Williams, his parents, grandma, sister, friends, and coaches were some of his biggest influencers throughout the entire recruitment process. Outside of Arizona, the Friars offensive captain was also considering the University of Mississippi, Arizona State and the University of Tennessee.

Williams has been playing lacrosse for five years dating back to the seventh grade. He has played for multiple club teams, but most notably for Servite’s club team Angel City Hounds.

“I feel an article and personal quote doesn’t do this young man justice for all that he has sacrificed to this school and program. Zach has never been a young man yearning for his name in lights. He is a grinder. Zach is one of the most underrated attackmen in Orange County. His fundamentals are second to none and his lacrosse IQ seeps out of him into those who surround him on the field.

A silent workhorse that went from a second line midfielder as a junior, to a starting attackman as a senior. It was very clear just how much work Zach was putting in when he stepped up to dominate and own that starting spot. This persistence and dedication to his craft speak volumes to his character. It is also the reason he was voted into a captain position by his teammates this preseason.

Coach Blamey shares the same excitement I do in knowing Zach is continuing on to play at the next level. A huge congratulations to Zach, the Williams family, and the University of Arizona.”

Williams has had a productive season for the Friars with 27 goals and 13 assists up to the publishing of this story. He plans on majoring in pre-physiology at Arizona and wants to attend PA school after he get’s his degree.