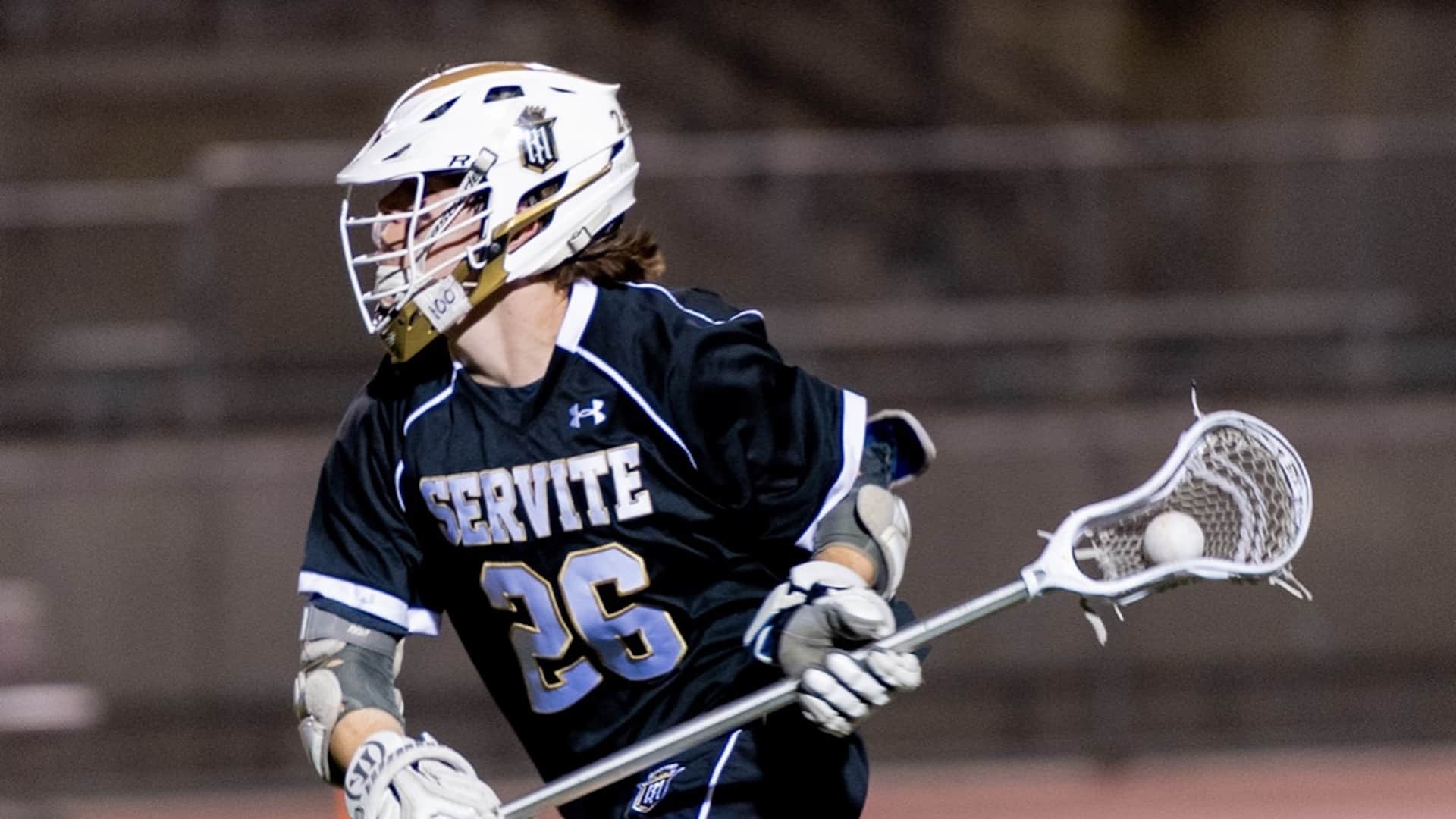 “I chose Arcadia because of the location and Coach Purpura’s vision for the program in the future, Rusnak said by email.

Rusnak enters his final season at Servite riding the momentum of a breakout junior season in which he scored 37 goals and dished out 20 assists. He led the Friars in assists, tied for the lead in points, was named First Team All-Trinity-League, and earned All-County Honorable Mention recognition in 2019.

“It is no surprise that Brian will be taking his talents on to compete at the next level,” said Servite head coach Tom O’Leary who has watched Rusnak fight through a broken arm in the summer of 2017 and a potentially season ending knee injury summer of 2019 to become one of his main offensive contributors.

“Throughout his time here at Servite, Brian has worked and competed tirelessly to become one of our top players and a serious threat to all Orange County defenses,” O’Leary added.  “His passion and drive to enhance his talents goes beyond the lacrosse field.  Brian has been involved as a Prior, and has assisted in Kairos retreats for his classmates.”

Rusnak plans to study accounting at Arcadia while helping the Knights pursue Middle Atlantic Conference championships.  However, before he heads off for Glenside, a suburb of Philadelphia, he has some unfinished business to complete at Servite.  Rusnak said that he wants to round out his high school career with a Trinity League championship and triple-digit points.