Servite Use Big Second Half to Defeat Mater Dei 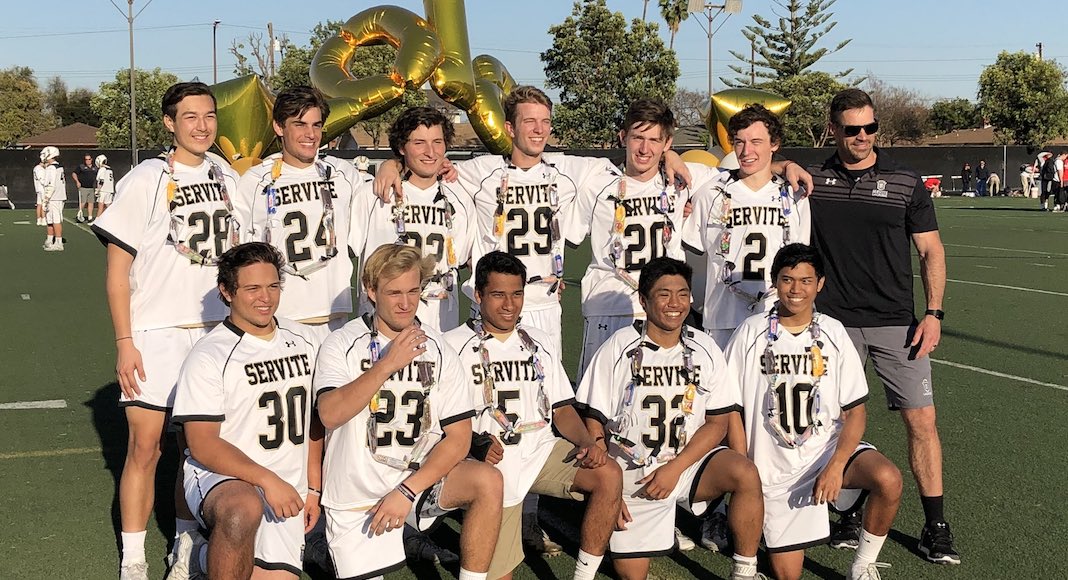 Everything was working in the favor of the Mater Dei boys’ lacrosse team when Tuesdays’ game began.  Home field, the excitement of the senior night, and a big advantage in win-loss records.  There was just one problem; apparently, somebody forgot to send Mater Dei the memo.

Anything can happen when these two long-time rivals get together in any sport, and with the 1-12 Monarchs leading the No. 12 Friars 5-4 at halftime, it appeared that the Monarchs could be on the cusp of an upset that would be talked about for many class reunions to come.

However,  Friars coach Tom O’Leary had a nice little chat with his boys at halftime and whatever he said, it worked. Th Friars scored almost immediately in the second half and just kept on going en route to a 16-6 Senior Night victory.

As would be appropriate for Senior Night, it was senior leadership that made the difference as the class of 2018 produced 12 of the team’s 16 goals.  Cole Brennan was the leading scorer with five goals.   Captain Hayden Rodenbeck showed that those long poles can be used for more than takeaway checks as he netted four.  Zach Williams added a hat trick for good measure, and Carter Bays handed out two assists.  Sophomore Jack Terrones and junior Parker McGrade rounded out the scoring with two apiece.

Kyle Waterman and Jack Brennan each netted a pair for the Monarchs and Kevin Campeau and Ryan Ucker each added one.