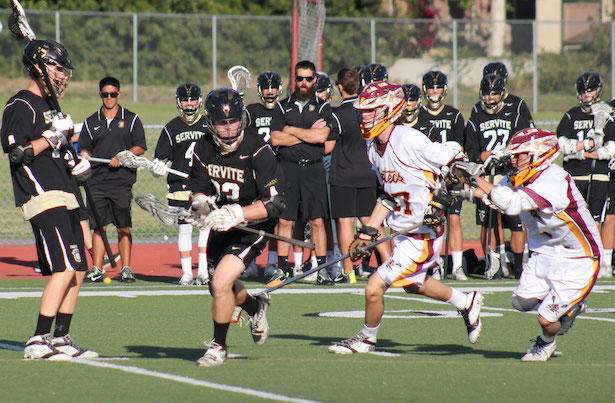 No. 17 Servite High School kept their playoff hopes alive by defeating No. 19 Esperanza 6-3 on Monday.  The Friars (6-10; 1-3) are hoping that a strong performance in the final week of the season will be enough to dislodge No. 12 Los Alamitos (8-7; 5-2) or No. 13 Huntington Beach (8-7; 3-3) from one of the final at-large playoff bids. No. 14 Beckman, No. 15 El Toro, and No. 16 Yorba Linda will likely receive the automatic qualifiers from their respective leagues.  Servite closes out the regular season with two games against No. 5 Santa Margarita, giving the Friars two opportunities to catch the attention of the coaches and the seeding committee.