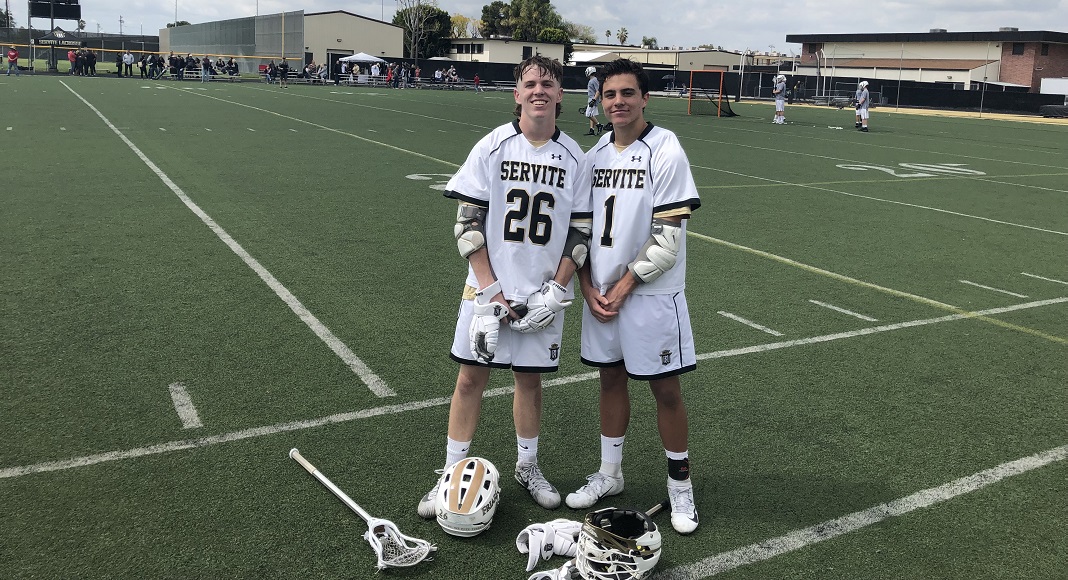 “Brian’s come a long way since transferring and he had to find his own in his game last year. He’s gone from midfielder to starting attackman for us,” Friars coach Tom O’Leary said about Rusnak. “Him and Terrones are starting to click together.

The game didn’t see its first goals until the midway point of the first quarter but things heated up after that.  The Friars got on the board first and after Great Oak briefly interrupted  their flow by scoring on the ensuing faceoff, the Friars added five more goals and led 6-1 after the opening quarter.

Watanabe and Parker McGrade each had two goals for the Friars while Alex Paz scored once. Kennedy made five saves for Servite.

“I think we’ve learned a lot from the mistakes we’ve made. We went from having 20+ turnovers a game, we’re down half of that,” O’Leary said.

After losing its first three games of the season, the Friars have won three straight games. This upcoming week, the Friars head up to Northern California where they’ll play at Granite Bay on Monday at 7 p.m. and at Vista Del Lago on Tuesday at 5:30 p.m.

Great Oak was led by Nathan Hoover, who had four goals while Tyler Thompson scored two goals. Michael Richters and Brandon Donatelli each had one goal for the Wolfpack while Jared Wilson made 13 saves.

“We had our offense give them the ball too easy. If you don’t have possession, you’re not going to control the game,” Wolfpack coach Karl Rohlin said.

The Wolfpack (3-3) have a huge game of their own, as they play at Murrieta Mesa on Monday in a crucial Southwest League game at 7 p.m. That game could decide the Southwest League title and who gets the automatic bid to the post-season.