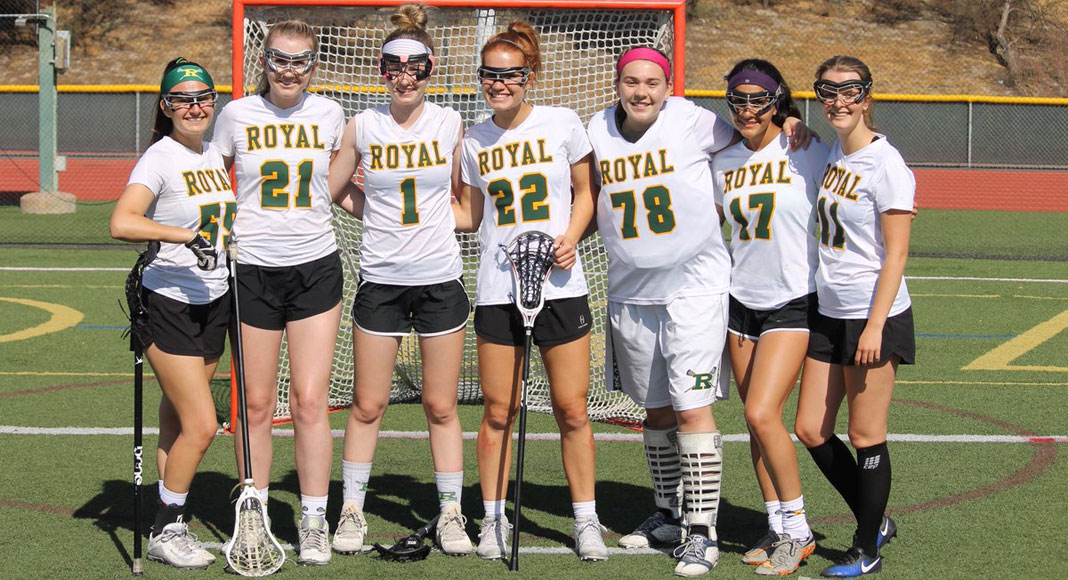 Senior Dominique Surabian rifled home the game-winning goal in overtime Wednesday, lifting No. 8 Royal to a 10-9 victory over No. 7 Oak Park and ending the Highlanders’ senior day celebration in style.

It was the second consecutive 10-9 overtime victory for Royal, which beat No. 6 Chaminade by that score Monday. It also was the Highlanders’ second win over Oak Park this season and extended Royal’s winning streak to eight games. The team hasn’t lost since March 17, when Chaminade beat the Highlanders 11-4 in the Birmingham Bash tournament.

Surabian (3 goals, 3 assists) and fellow seniors Holly Hall (4g, 1a) and Megan Guardado (1g, 1a) led the Highlanders’ offense, while Maddie Arrasmith and goalie Kelsey Wilson held down the defense.

Surabian took a pass from freshman Kourtney Carter and scored to tie the game 9-9 with 1:58 to play, ultimately sending the game to overtime.

Oak Park won the draw control to start the extra period, and Royal goalie Wilson made three huge saves during the possession. Oak Park then was awarded a free-position shot for a shooting-space violation, and Graeson Campbell put her shot past Wilson and into the net. However, a stick check by the officials determined that Campbell’s pocket was illegal, and the apparent goal was waved off.

Royal regained possession and cleared the ball, and Surabian was fouled and awarded a free-position shot. Hall was open in the center, and Oak Park goalie Alexis Robinson edged her direction to cut off any pass attempt. Surabian faked the pass to Hall, drawing Robinson a step further out of her cage, and ripped in the go-ahead goal.

The Highlanders (11-4) wrap up the regular season Friday at neighborhood rival Simi Valley, then await the playoff bracket announcement on Sunday. Oak Park (9-7) has completed its regular season.