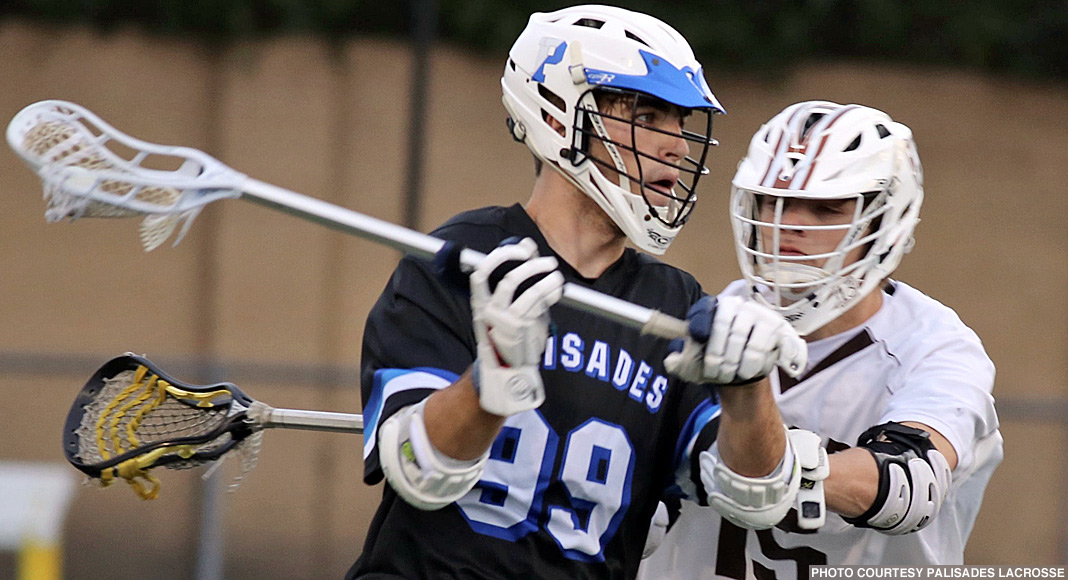 A three-goal burst spanning the third and fourth quarters last Saturday gave No. 10 Palisades just enough of lead to hold off No. 9 Crespi for a 9-6 nonleague road win. The result was the second victory in a row for the Dolphins and the second loss in a row for the Celts, who dropped to No. 12 in the coaches’ poll over the weekend.

“It was our first time playing Crespi in my four years at Pali,” coach Kevin Donovan said. “I was really excited when Brock Livingston (eight-year head coach at Crespi) reached out to me. Crespi has been ranked ahead of Pali the last couple years, but only by a couple spots. I think it is very important that similarly ranked teams play each other every year, in order to compete for rankings, but most importantly, for great games like tonight.”

The first half Saturday was back and forth, with Palisades taking an early lead on goals by midfielder Reicher Bergstein (2g, 1a) and attackman Ethan Rubin (1g, 1a), but Crespi tied it on goals by Logan Soelberg (3g, 2a) and Miles Mathews (2g). The Dolphins forged a 4-3 lead at halftime, but Crespi quickly tied it 4-4 early in the third.

That set the stage for Pali’s three-goal burst that gave the Dolphins a 7-4 lead early in the fourth. Seniors Luca Ciarlo and Jackson Demet helped get the Fins back on track.

Palisades lost face-off specialist Milo Sherman (8 of 11 in the game) to injury after that seventh goal and had to use multiple players to create ground ball battles at the X. Crespi roared back with two straight goals to pull them within one at 7-6 with six minutes to play.

Then one of the biggest moments of the night occurred. Palisades senior middie Jack O’Rourke (1g, 1a) picked Soelberg’s pocket at the defensive end and took the ground ball the length of the field to make it 8-6 with five minutes left.

“Jack O’Rourke is our leader,” Donovan said. “He always plays hard and comes up big for our team. I have been coaching him for four years and have seen his growth and development. It was a very proud moment to watch him battle one of the top players in SoCal and get us a much needed goal, especially after losing momentum on our face-offs with Milo on the sidelines.”

In the final five minutes, Crespi gave all it had, firing shots on cage and hitting multiple pipes, but Palisades fended off the assault behind its senior class defense of Conor Hobin (4 ground balls, 2 caused turnovers), James Burks (7gb, 1cto) and Jack Silver (1g, 5gb, 1cto). Junior goalie Luc Schifino recorded his highest save total of the season with 9.

Coach Donovan spoke very highly of Crespi and the importance of the LA lacrosse community for players.

“It was my first time coaching against Brock [Livingston],” Donovan said. “Besides being a phenomenal coach and mentor, we had a great convo before the game. We spoke about the importances of the LA lacrosse coaching community and how important it is we continue to work together to build opportunities for our players. Brock is a class act, and Crespi was a great host, who also gave us a great battle until the very end. Looking forward to our next year’s battle.”

After dispatching Birmingham in a City League game Tuesday, Palisades visit No. 7 Oak Park tonight. Crespi braces for a trip to face No. 3 Oaks Christian on Friday night.