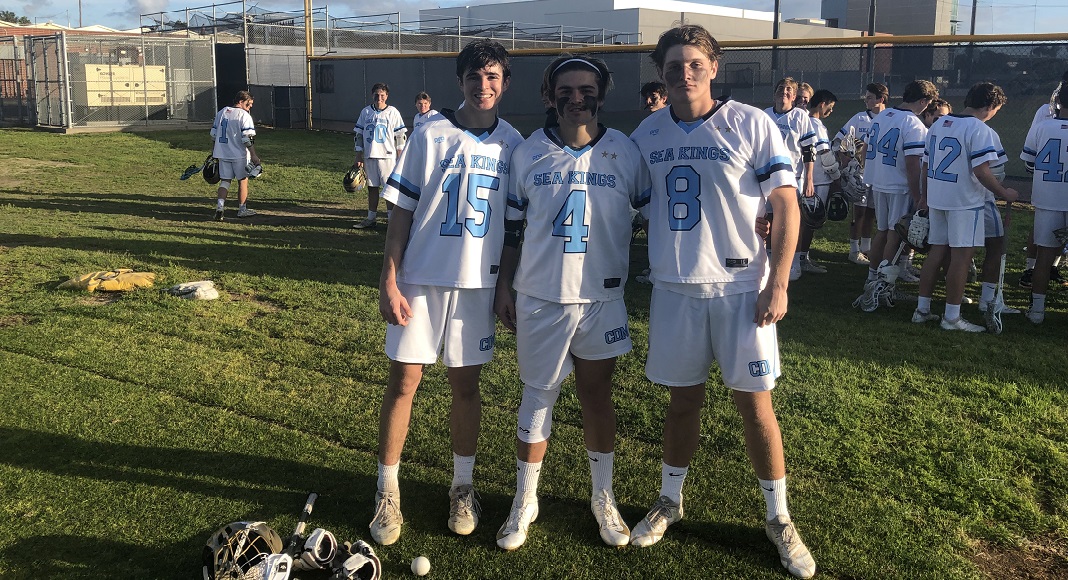 The game got off to a slow start with both teams were tied at 1-1 after the first quarter. The Friars took the lead at 3-2 in the second quarter before the Sea Kings scored the last two goals of the quarter and led 4-3 at halftime.

The Sea Kings turned up the volume in the third quarter and exploded for six goals.  CdM’s offense made the most of large possession advantage while their defense forced the Friars to make mistakes.

By the time the third quarter whistle blew, CdM held a 10-4 lead.  They then controlled the pace in the final 12 minutes to reach the final tally of 11-5.

Simon Hall led the Sea Kings with four goals while Ryan Rector and Richard Eusey each had hat tricks. Kyle Mix added a goal and two assists for the Sea Kings, who got six saves from Kyle Cord.

“They’re big strong athletes. When they exact that athleticism on the guy that’s defending them, it’s tough to stop,” G.W. Mix said.

For Servite, Jack Terrones led the way with three goals while Brian Rusnak and Nicholas Shannon each had one. Nathaniel Kennedy made 15 saves for the Friars.

“Right now we’re still a young team. We’re only three games into an 18 game season,” O’Lear said. “The guys have to understand that if they want success down the road, they got to understand how to struggle. As long as they’re doing that and they’re failing constructively and they can learn from that quickly, then the better opportunities they’ll have to earn victories down the road.”

Up next for the Sea Kings (3-0), a home game against Jesuit on Wednesday. For the Friars, they play Mira Costa at home on Saturday.