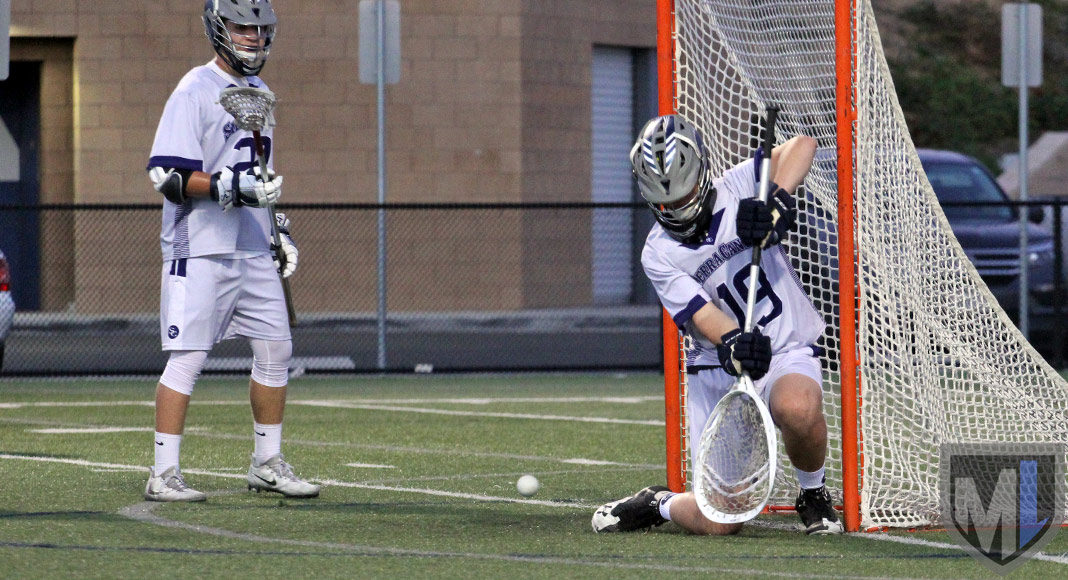 Host Sierra Canyon erupted for six goals in the third quarter Friday night, four from Mac MacLean and two from Matt Chopp, helping the No. 12 Trailblazers erase a 7-5 halftime deficit and go on to beat No. 16 Santa Monica 16-11 in a nonleague game.

The Vikings (9-6) had outscored Sierra Canyon 5-2 in the second quarter by winning face-offs and ground balls. Coming out of halftime, though, the Trailblazers (7-5) turned to their two Division I-bound stars.

“Whenever the chips are down, you have to rely on your horses,” Trailblazers coach Mario Waibel said. “So it was really good that when those guys showed up, the rest of the team followed. That’s exactly what you expect out of your leaders, and that’s what we got today.”

The offensive eruption ensured the Trailblazers wouldn’t waste another stellar performance from senior goalie Trevor Clark, who made 13 saves in the first half and 19 in the game.

“Trevor stood on his head, and he’s been doing it all year for us,” Waibel said. “It’s nice to have a senior goalie like that leading the defense.”

Clark was not the only netminder standing on his head, however. Santa Monica goalies Tyson Zecher and Even Miner combined to match Clark’s 19 saves, with Zecher making 11 stops in the first half and Miner eight in the second.

“I thought our keepers had a great game,” Vikings coach Ben Keiser said, “both in between the pipes and in the clear game, pushing the breaks. Our defense played well.”

With Zecher in cage in the first half, the Vikings limited Sierra Canyon to five goals. Trailing 3-2 after one quarter, Santa Monica face-off middie Spencer Wynn began to get comfortable and win a few extra possessions for his offense, which started to figure out Clark. Joseph Kean and Armando Jimenez each scored twice in the period, helping the Vikings to a 7-5 halftime lead.

“I thought our offense played really well,” Keiser said. “I really think they executed the best that we have all season long.”

The difference, Keiser said, was a few extra possessions and few unfortunate bounces.

“Spencer Wynn was really good, and our wing play was really good,” he said, “but the ball just bounced their way a few more times than ours. They got a bunch of transition goals and some second-chance opportunities just from the ball bouncing the wrong way. It happens sometimes.”

After halftime, more and more of those bounces went to the Trailblazers. Endicott battled Wynn hard at the face-off dot, winning 7 of 11 draws in the third period. And the Trailblazers grabbed 15 ground balls to Santa Monica’s three in the quarter. All of that possession gave the Sierra Canyon horses room to run.

The Trailblazers led 12-10 heading to the fourth quarter, then pushed the lead to 15-10 before the Vikings managed to score their final goal with just under six minutes remaining.

“I was really proud of my boys,” Keiser said. “I thought they played one of their best games of the season, their best performances all around.”