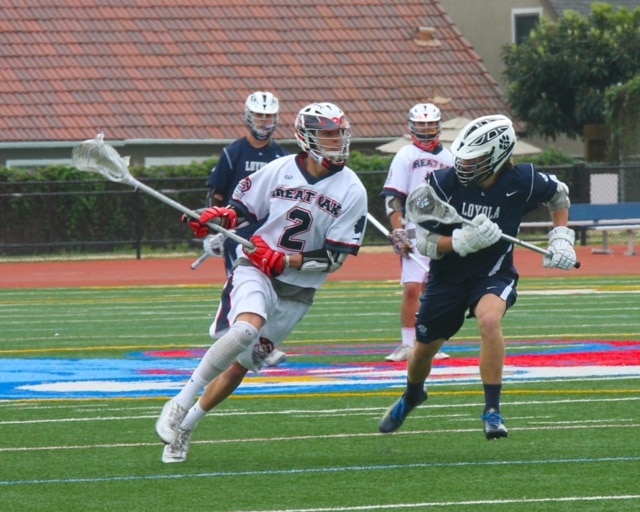 “Sean Sanchez has played for me on 395 Starz since he was a 5th grader,” coach Paul Morgan explained. “The incredible thing is that he has played up every year since he was in 5th grade, often playing against kids who were four grades above him. He has incredible Lacrosse IQ and is the type of player that you need on your team. He doesn’t take himself too seriously but knows when to turn it on and has a cannon of a shot. He is primarily our “X” attack but is so athletic that I like to invert him and run him through the midfield. As he grows more into his body he will become even more dominate that he already is. Excited to see him continue his playing career at Jacksonville.”

“Mom and Dad, thank you for all of your support and sacrifice’, Sanchez continued. “WE spent many weekends on the lacrosse fields and you guys were always there. I love you…”

With three seasons of high school lacrosse still in front Sanchez is focused on one thing.  “There’s only one goal!” according to Sanchez. “To help Great Oak Lacrosse win a CIF Championship!!”