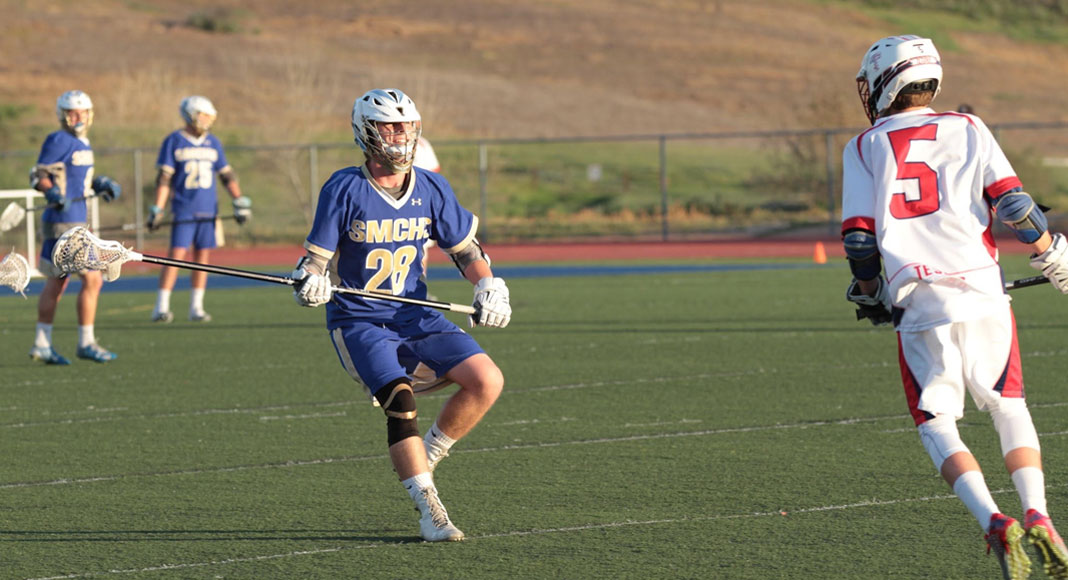 Santa Margarita senior defenseman Sean Mack has committed to play NCAA Division 3 lacrosse at Whittier College. Mack was a key component in the Santa Margarita defense that led the Eagles to a 15-6 record and trip to the County semi-finals in 2016. The Eagles defense allowed double digits only once in their final 15 games last season.

“I am so proud of Sean and his commitment to play at Whittier College”, said Santa Margarita head coach, Adam Guy. “Sean has quietly developed into a lockdown defender and leader for our team and I think has the all the physical and mental skills to compete at the highest level. Sean embodies all the traits we look for in a lacrosse player at SM. He is committed, hard-working, puts the team first, and is humble in everything he does. I am very proud of him and can’t wait to watch him play at the next level.”

Whittier is the only NCAA Division 3 men’s lacrosse program on the west coast. The Poets compete as an independent. They advanced to the first round of the NCAA championship last season. An 11-10 overtime loss to Colorado College in the first round ended their season with an 8-6 overall record.

Mack on why he chose Whittier:

MaxLaxOC:Why did you choose Whittier?
SM: I chose Whittier because it has the academic environment I was looking for and Coach Kelly runs a great program. On my visit, I really felt like the team was like a family and overall I just feel like it is a good fit for me both academically and athletically.

MaxLaxOC: What are your goals for your final high school season?
SM: My goals for this season are to grow as a team, capitalizing on strengths and focusing on improving our areas of weakness. As a senior, I hope to help the younger players by setting an example of teamwork and determination. My overall goal is to continue the momentum from last year into this season and to help our team win CIF.