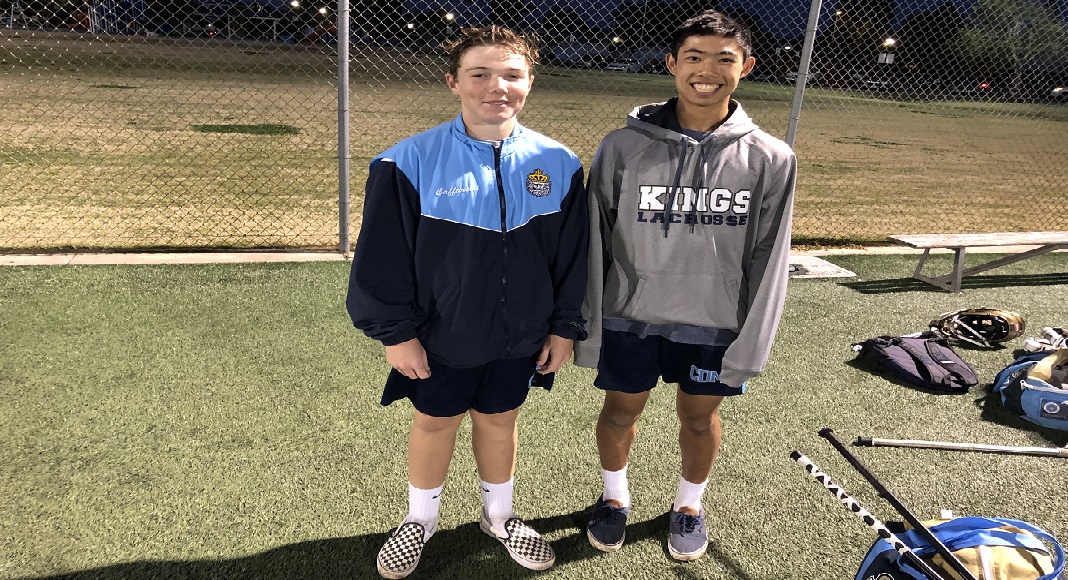 “We had a plan coming in, to play hard and do what we do and they executed it pretty well. I was proud of the kids,” Sea Kings coach G.W. Mix said.

From the opening faceoff, the undefeated Sea Kings were in no danger, as they dominated possession and didn’t allow the Oilers to get a shot off in the opening quarter.

In the first half altogether, the Sea Kings held the Oilers to only one shot, which was saved by Kyle Cord‘s foot. With the Sea Kings leading 11-0 at halftime, Mix pulled Cord, who only had one save and replaced him with Brandon Stollar, who also registered one save.

The Oilers broke the Sea Kings’ shut out aspirations, as Dylan MacDonald scored at 7:35 mark of the third quarter.

Wednesday’s game was a bit historic for the Sea Kings.  The Sea Kings returned to league play after six years as an independent.   They were members of the Pacific Coast League until they decided to go independent in 2012.  The consensus is that lacrosse will become a CIF playoff sport next season and the CIF format places a much greater emphasis on league play than the current format.

For Huntington Beach, MacDonald, Matt Tabert and Brody MacDonald each had one goal for the Oilers, who got 13 saves from Louis Penaflor. Coach Mix admired the goalie play from Penaflor.

While the Oilers didn’t win, one highlight for the Oilers was that Brody MacDonald’s goal was strongly shot, it went through the net.