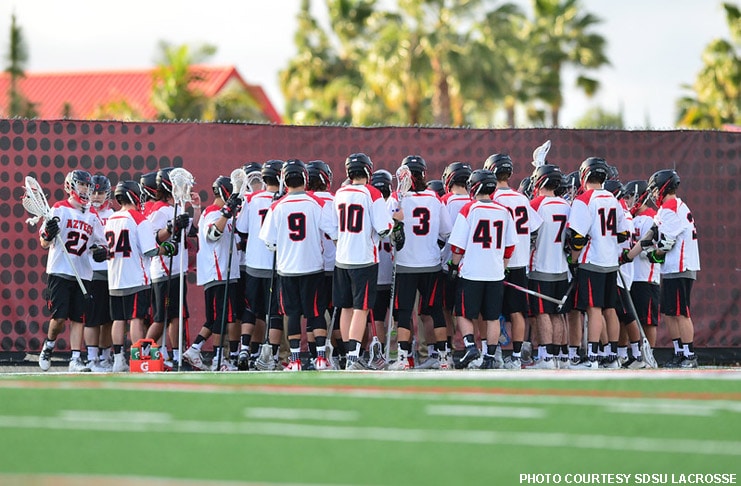 In his second season, head coach Jesse Foss and the San Diego State Aztecs are looking to build on a successful 2017 campaign with a tough 2018 schedule. In a 13 game slate, SDSU will play five opponents that finished 2017 ranked in the Top 25, including national champion Grand Canyon and runner-up Chapman.

The Aztecs begin their 2018 season Feb. 10 with a home game against Southwestern Lacrosse Conference North opponent USC, followed on Feb. 17 by a visit from Concordia, the 2017 MCLA Division II champion that has moved up to D-I starting this season.

On Saturday, March 3, the Aztecs will honor their alumni from the 1977-1986 seasons with their first Alumni Appreciation Night. SDSU will recognize the members of those teams during halftime of its game against Simon Fraser.

SDSU will play 13 regular-season games before the SLC tournament. The first round of the conference playoffs will be held at the home of higher seeded teams during the weekend of April 21, followed by the SLC semifinals and finals on April 27-29 at La Costa Canyon HS in Carlsbad.

The 2018 MCLA National Championships powered by Under Armour will be held in Salt Lake City from May 7-12 at the SLC Regional Athletic Complex.