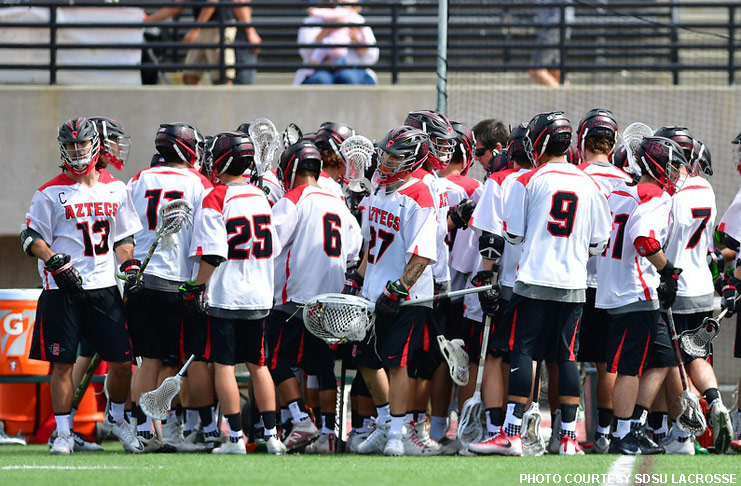 After finishing the 2017 season with a 7-7 record, the San Diego State Men’s Lacrosse team is ready to take the next step in becoming an elite MCLA program. To achieve this goal, the Aztecs have scheduled a challenging seven-game fall-ball schedule.

The schedule is highlighted by contests against several post-collegiate club teams. These post-collegiate rosters are filled with current MLL players, as well as former NCAA and MCLA stand outs. These games will serve as great preparation for the talented teams SDSU will face in the spring.

This year will feature the first Red/Black inter-squad scrimmage as part of Alumni weekend, Saturday and Sunday, Oct. 20-21. With 22 incoming freshman from seven different states the 2017-18 group is the largest class to come onto campus. The inter-squad contest will allow the Aztecs to showcase all of their returning and incoming athletes. On Sunday, SDSU is hosting its annual Alumni Game. Last year, more than 60 alumni from the past 40 years showed up to participate, and the club is expecting another great turnout for this year’s alumni game and another highly contested game.

The Aztecs will conclude their fall-ball schedule with a game against SLC conference member UC San Diego, in a great test against another MCLA opponent.