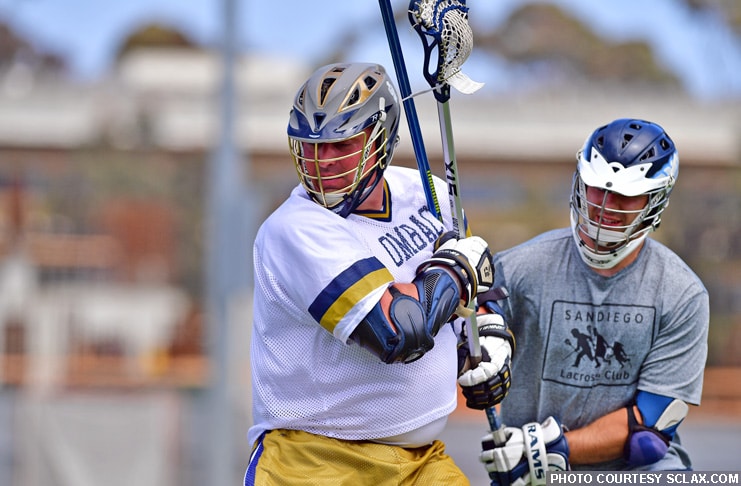 The South Division of the Southern California Men’s Lacrosse Association got a little clearer last weekend, as Quiksilver beat 40 Thieves 14-2 to lock up the third South playoff seed. The win also eliminated Beachcomber from playoff contention, despite Beachcomber’s 18-5 win over Adrenaline.

The 40 Thieves (7-2) are tied with San Diego LC (7-2) atop the division and will claim the No. 1 seed and first-round bye as long as they beat the Los Angeles Bombers in the last game of the regular season. The Thieves swept their season series with San Diego.

Assuming those seedings hold up, Quiksilver will play at San Diego in the first round of the playoffs June 4.

In the North, playoff seeding was put on hold temporarily when South Bay and Newport Beach rescheduled Sunday’s game for May 14, when the rest of the SCLAX will be celebrating Mother’s Day. South Bay currently holds a one-game lead over Newport in the battle for the second playoff seed, so the make-up game will have a huge impact on the playoff seeding.

Beverly Hills, which already has locked up the top seed and first-round bye, pushed its season record to 8-1 with a win over the L A Bombers. South Bay and Newport Beach remain battling for the two and three slots with South Bay holding a one game lead over their Newport Beach rival. Newport also has a game remaining with Beverly Hills on May 21.

Although Venice Lax could match Newport’s record by winning out while Newport Beach loses its two remaining games, Newport would win the goal-differential tie-breaker in the teams’ season split.