Schulte, Huntington Beach Take Down Edison on the Road 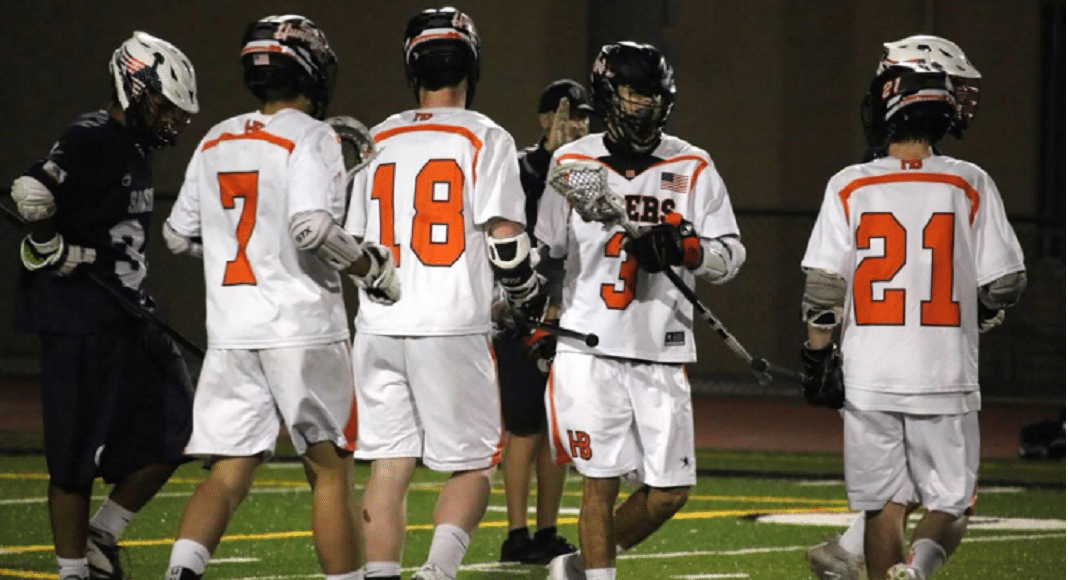 The Huntington Beach boys lacrosse team got back in the win column with a 12-4 win over Edison on Tuesday at Edison High School.

Donnie Schulte led the Oilers with seven goals and two assists. Defensively, Grady Mercier had 10 saves in the cage for Huntington Beach.

After the Oilers led 3-2 after the first quarter, the defense shut out the Chargers in the second quarter, allowing the Oilers to take a 6-2 lead into halftime.

From there, the Oilers didn’t allow the Chargers to mount a comeback, as the Oilers used an all-around balanced effort to notch its second league win.

While the No.17 Oilers cannot repeat as Sunset League champions, coach Michael Lacy hopes his team can win out and get an at-large spot into the playoffs. One game that Lacy and the Oilers have their eyes on is their season finale on Friday April 27, when they play at No.8 Yorba Linda at 6 p.m. The game could boost their chances on making the playoffs should they get the win.

The Oilers won’t be looking that far ahead, as they play Edison on Friday at home at 6 p.m.