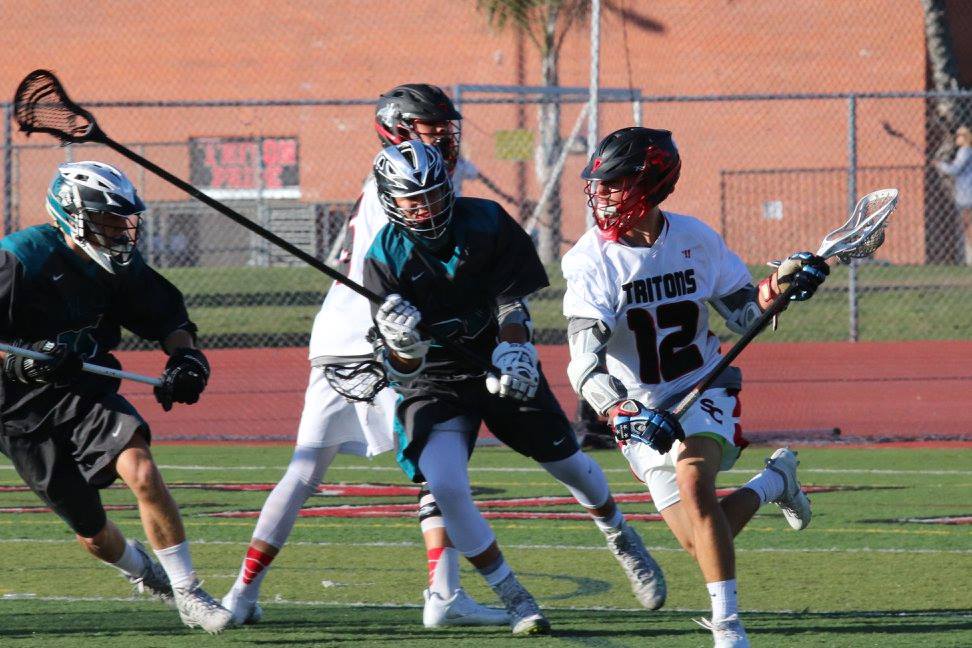 SC struck first, with a Sander Lush goal just 40 seconds into the contest. From there the Triton offense didn’t let up, scoring three more times over the next eight minutes. The first quarter ended with SC in control, 4-1.

It looked like the Wolverines would stage a comeback at the start of the second quarter. Goals by Sam Chassey and Aaron White brought Aliso to within one. But the Tritons quickly squashed the Aliso momentum, notching four goals to close the half up 8-3.

San Clemente continued to roll though the second half. Final score SC 13, Aliso 7.

The Tritons will take on the Trabuco Hills Mustangs this Thursday night, in an important league matchup. The Wolverines will host Tesoro this Thursday.