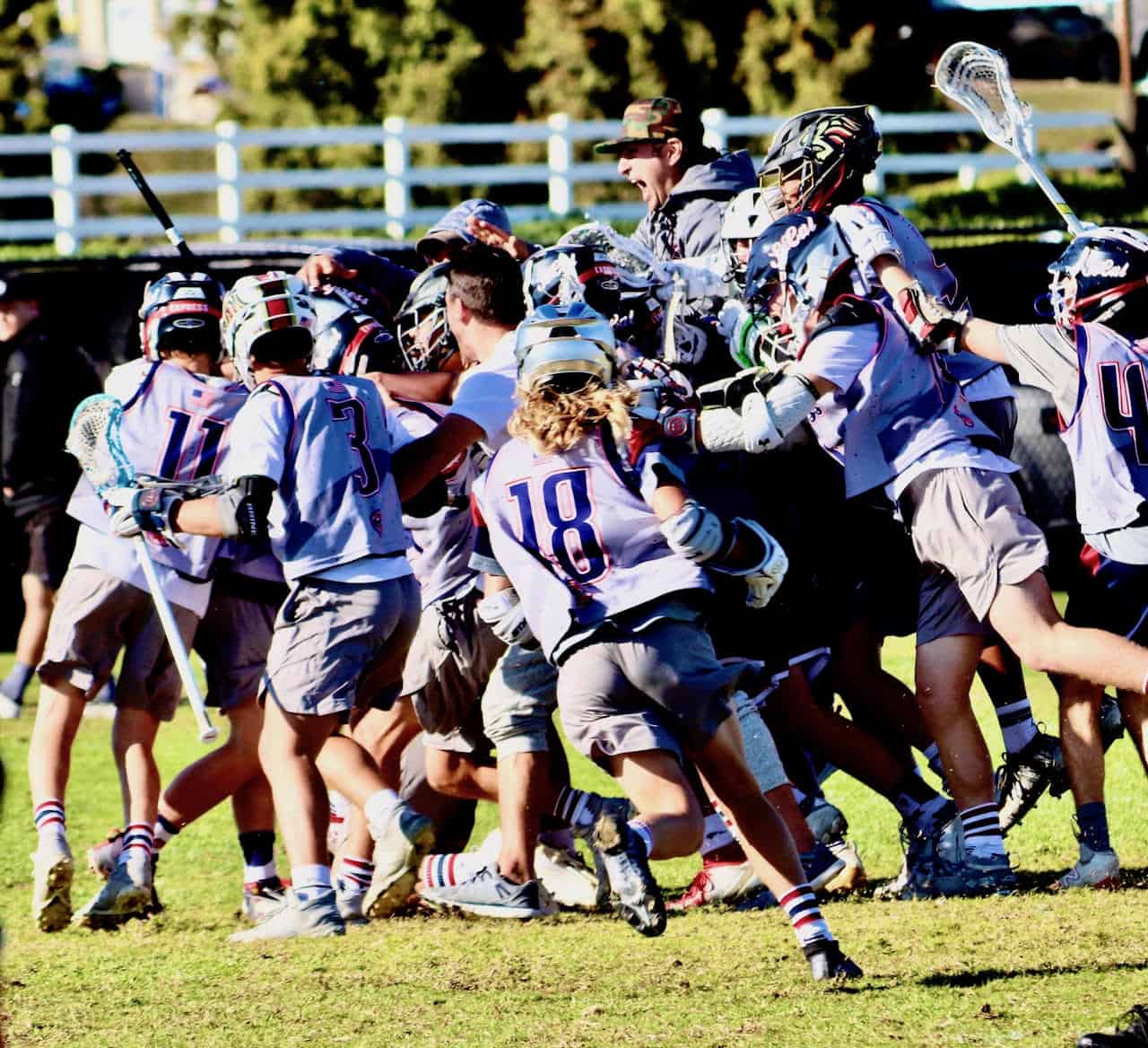 After going 5-0 and beating teams from Vegas, Washington, California, and Arizona, the team had one of the toughest matchups they’ve ever faced. They were set to face UNRL (Unreal Lacrosse) that had players from 13 different states through the mid west and east coast.

UNRL was clearly bigger, stronger, faster, and more talented. They had 46 goals scored and 6 goals against in the five games leading up to the championship.

The game started with each side sharing a pair of goals in the first few minutes. UNRL tallied another goal before the half and Express tied it up in the began of the second half. Every goal scored was hard earned and defense and goalie play from both sides began to take over the game.

At the end of regulation, both teams had golden opportunities to score but again, the defense and goalie play showed its dominance in this back and forth contest, including a last second stop by the UNRL goaltender who had only let up one goal the entire tournament at this point.

Overtime began and the crowd around the field began to grow. The day was wrapping up and as one of the only fields still with action the sidelines, the end lines started to fill making for a wild environment.

The overtime period was filled with long possession after long possession by both teams patiently waiting for the right opportunity to present itself. After a failed clear by Express, the ball was turned over and quickly passed upfield to a wide open UNRL attackman, whom Coach Rodriguez said, “had the time to do the Macarena and finish the game.”

The Express goalie made the save of his young career and immediately passed the ball upfield. The offense got it in the zone, pushed a slow break through behind the goal and skipped the ball across the defense to the lefty attackamn who shot the ball of the defensemen’s hip into the upper left corner of the goal.

“I’ve won a fair share of championships in my day but don’t think I’ve ever stormed a field faster after that ball hit the net” said Coach Matt Cannone.

“This weekend was a great demonstration of what a team that truly plays their hearts out for each other, can accomplish when playing for a common goal,” said Coach Johnny Rodriguez . “With a short roster, the boys battled every game and fatigue began to set in. Some of our more talented players struggled at times and when that happened we had other guys stepping up to fill those roles. Every player on our offense was able to score goals and contribute. We had 4 defensemen on Sunday and everyone of them stepped up for us. Its seems that the majority of club teams typically have 2-3 guys that are the big contributors. It’s so rare to have a club team that sticks to game plan, listens and trusts their coaches, and not care who is scoring goals or making plays. The bench is electric and the support these guys have for one another is so unique. ”

“This past weekend was a great demonstration of what a team can do when they play for each other and trust the coaching staff, said coach Cannone. “These boys went out there and left it all on the field every game. When guys struggles everyone else was there to pick them up. Thats a sign of a great team. We had some guys really step up this weekend and it was an honor to be part of it.”

Last summer the team went undefeated in the national recognized, Denver Shootout and finished 3rd, losing to the #1 (nationally) ranked Team 91 Bandits in the FLG in 3D tournament in Baltimore, MD. The team is made up of only players from Orange County and continues to build one of the most impressive resumes from any club team in the history of OC lacrosse. The team will be playing in the ADRLN Challenge and Sandstorm un January before the fall/winter season concludes.