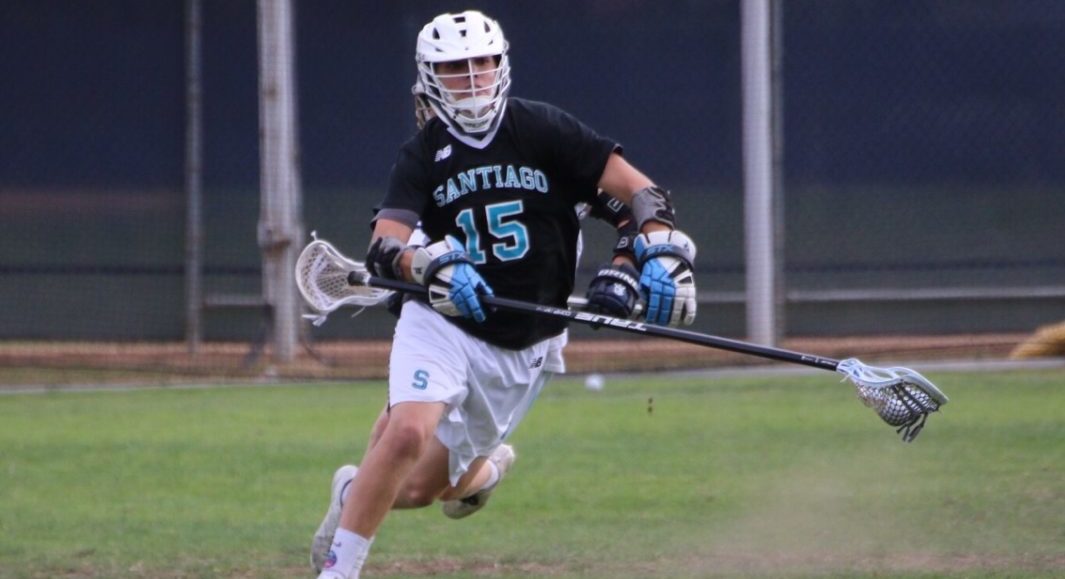 “I’m just really excited that I get to continue playing the sport that I love,” Burr said. “I’m also really thankful for all the people that have helped me get there.”

The 5-foot-8, 150-pound close midfielder, who sometimes switches to long-stick middie, was an integral part in Santiago’s defensive efforts. What Burr allegedly lacks in size, he makes up for in tenacity and pristine decision making.

“(Burr) is not the typical size of a defenseman that you really want but he is a tough kid, left-handed and a tough defenseman,” said Santiago coach Keith Parr. “He’s got really good stick work as well and that’s why I’m sure Augustana got excited about him.”

Up until the fifth grade, Burr played football before he ever thought about playing lacrosse. His good friend Ruben Santana introduced him to the sport and only a couple of years later Burr was playing lacrosse full time.

Along with being a three-year starter on the varsity squad and leading the Sharks in takeaways this season, Burr played for 3D Southland Lacrosse and also sharpened his skills for two years in the Buku Lacrosse program, which is run by two-time All-American and 2011 D3 National Goalie of the Year Johnny Rodriguez. Burr said playing at Santiago under Parr helped him to flourish since they are both defensive-minded players.

“Coach Parr definitely played a big part in making me the player I am today,” he said. “Considering that a he’s a defensive guy, I’d say getting advice from him really helped me a lot.”

Some of the main reasons Burr had his sights set on Augustana College was because his paternal family lived in close proximity and of the campus’ late 19th century aesthetic. Burr also said he’s already established a strong relationship with Head Coach Dan Torie and the rest of his staff, which he communicates with on regular basis.

“He is a hard worker,” Parr said. “He’s got to be gritty due to his size and I think because of that, I actually think he’s going to do really well. He knows he’s going to have to work his butt off to earn a spot on the roster but I think he’ll do just fine with that.”