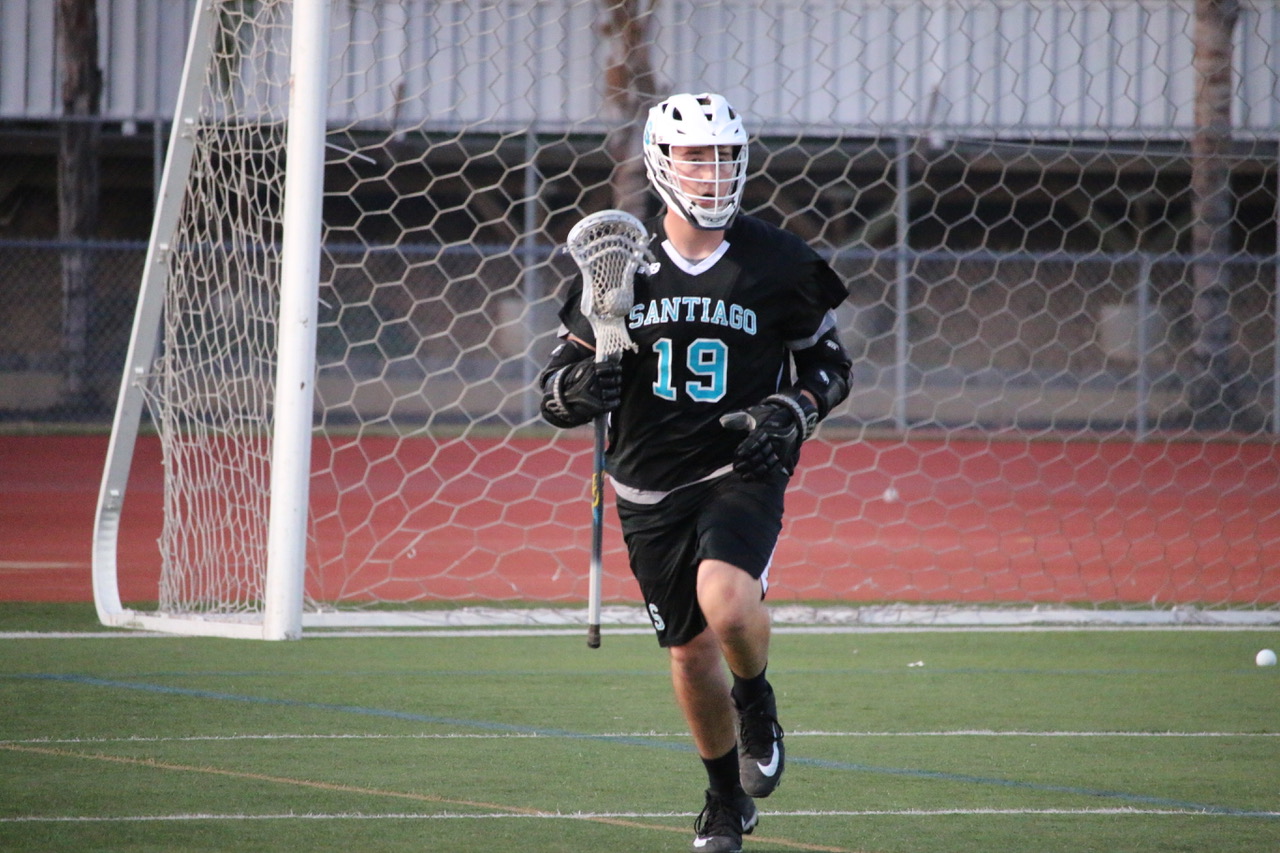 “It’s actually just a dream come true,” Richardson said. “I have been wanting to go to the East Coast for a long time for college and playing lacrosse is something I love and I’m happy to do both.”

Richardson has come a long way in his athletic career since he was “forced” to play lacrosse by his mother when he was younger. Despite not caring too much for the sport at first, Richardson said it quickly grew on him and he eventually turned himself into a standout player anywhere he went.

In his early years, he began playing for the Corona Cavaliers, a brand new club team created by the Inland Empire Lacrosse Organization. Richardson then went on to play for 3D Riverside and 3D Southland as well, resulting in a very similar career path as current Santiago teammate David Castaneda.

In terms of where he would attend college, it came down between Regis College, UMass/Dartmouth and Goucher College. He ended up going with Regis as it turned out to be his favorite on his tour of East Coast universities.

“Out of all the schools I visited on the East Coast, (Regis) was definitely my favorite.” Richardson said. “I love the location and the coach and all the players are all really cool.”

The three-year varsity starter and team captain’s large frame and lethalness inside the crease has granted him one of the biggest roles in Santiago’s offense.

Outside of playing lacrosse, Richardson plans to major in education with a minor in history. He also attributes much of his success to Santiago Head Coach Keith Parr for helping develop his game and his mother and father for pushing him