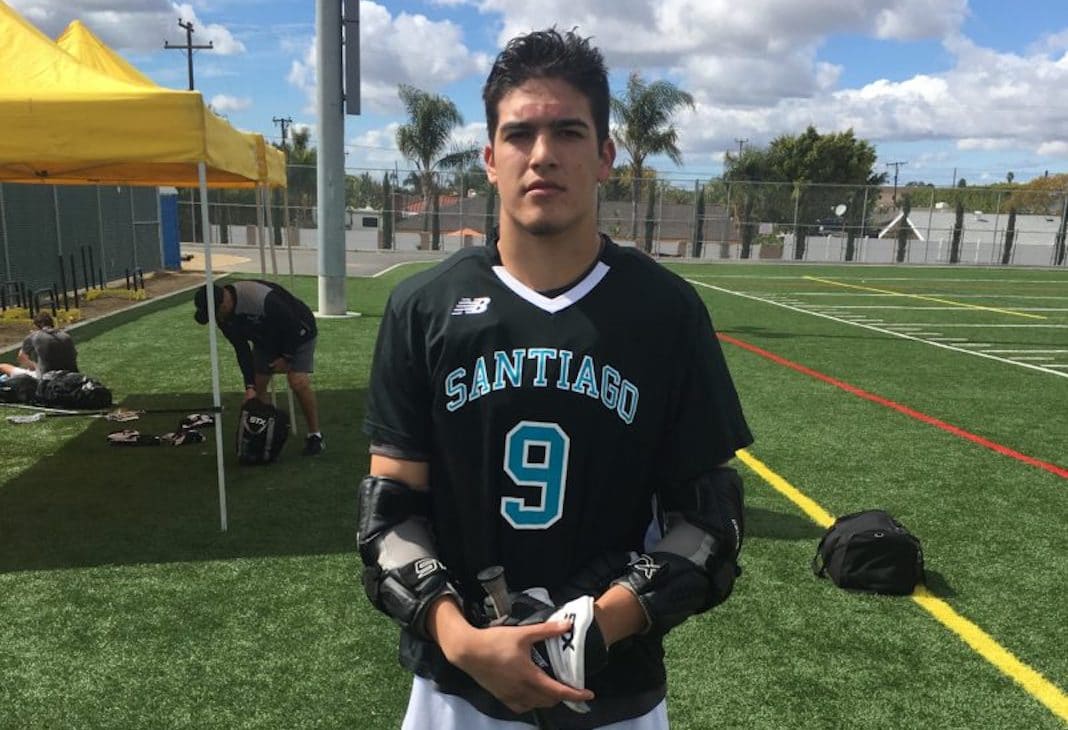 Santiago senior attack has committed to play NCAA Division 1 lacrosse for the University of Utah.  Santana has been a varsity starter for all four years  at Santiago, and according to head coach Keith Parr is the leading scorer in program history.

Santana is the first Santiago boys’ lacrosse player to commit to  a NCAA Division 1 program.  He said that it’s going to be a huge change when he goes to Utah, since he’s never been out of Southern California, but is excited to be heading up to Salt Lake City.

“They [Utah] showed a lot of interest in me and for me I didn’t want to go all the way to the east coast. I just wanted to stay closer to home and that was the closest option for me. And that coaching staff is pretty unbelievable, bunch of great guys over there,” Santana said.

Santana started playing lacrosse when he got his first lacrosse stick for his ninth birthday. During that year he joined the Corona Cavaliers club lacrosse team, which was founded by Parr and a couple others.

Santana also played football for Santiago’s football team as an outside linebacker and was a two-year captain for the Sharks. He’s a two-time all-league honoree, an honorable mention for Press Enterprise’s HSGameTime all-area team and made the all-CIF defensive first team in 2017.