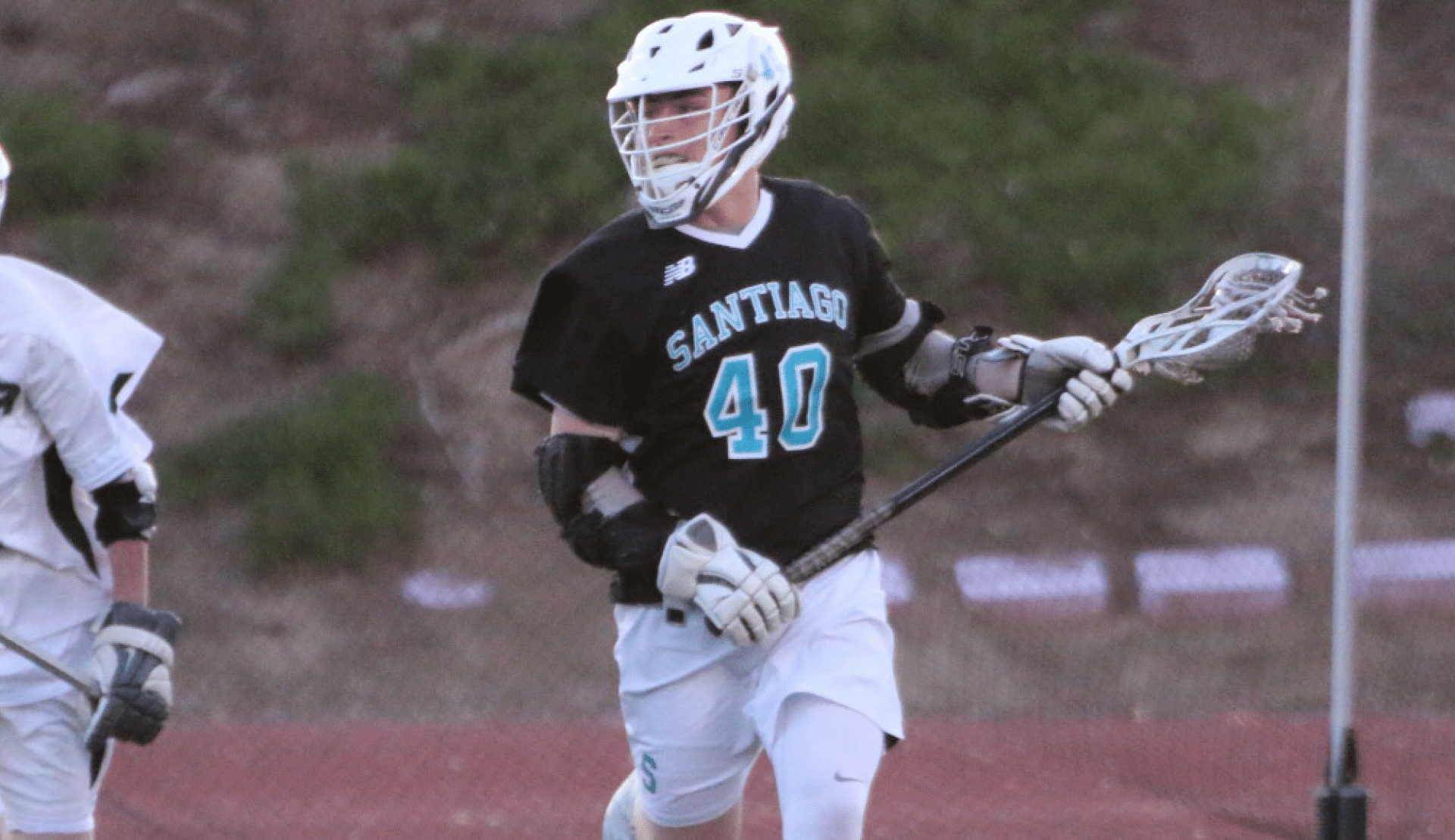 Santiago senior John Plys has decided to continue his education and lacrosse career at the University of Tampa.

Despite being a few thousand miles away from his roots in the Inland Empire, Plys found himself right at home when he visited Tampa’s campus for the first time.

“The first time I visited the school I just really fell in love with it,” Plys said. “It was kind of hard to even go to other schools because my mom and I both knew Tampa was really the one I wanted to go to.”

Along with the scenic campus itself, the 5-foot-9, 165-pound attackman also said he was fond of the lacrosse program’s culture, which was put on full display during a prospect camp he attended back in October. It was at that point Plys knew that Tampa was where he wanted to continue to play the sport that he loves.

For most of his youth, Plys mainly played football and baseball. One day, however, Plys’ neighborhood friend introduced him to lacrosse and ever since then, he was hooked.

Outside of high school, Plys perfected his craft while playing for 3D Southland Lacrosse back when Chris Malone, a University of Maryland alumnus and first-team All-American,  was the director of operations. Malone is a big reason why Plys is the player he is today after taking him under his wing for a couple summers.

Santiago coach Keith Parr said Plys’ time with Malone really paid off as he kept seeing vast improvement in his game with each passing year. However, Plys would miss his junior year at Santiago after his mother got married, which prompted the family to move out to Missouri.

During his brief time in Missouri, Plys played for the St. Louis Samurai – one of the area’s select lacrosse programs – and while he did enjoy it, he felt there was still unfinished business in California. Lo and behold, Plys and his mother ended up moving back to Corona a year later just so he can graduate and play lacrosse with his longtime friends.

As of now, Plys and his mother are living with some old family friends until he finishes high school. Of course, Parr was delighted to have an up-and-comer like Ply back in his lineup for his senior year.

This season, Plys and his tremendous play in the midfield have paid major dividends to the Santiago Sharks’ efforts.

“He’s got real good stick work, both righty and lefty,” Parr said. “He’s been solid offensively as a midfielder but he’s really helped us (Santiago) create a lot of opportunities and get the defense sliding which is what we want so that the ball moves around the perimeter.”

His motor and stick work has helped Santiago to a 15-5 overall record, which has them seeded No. 12 with a match-up against No. 5 Corona Del Mar in the playoffs. Despite his success so far, Plys said that he will need to work harder than ever to establish himself as a regular in coach Rory Whipple’s rotations at Tampa.

“Ultimately, I think playing at Tampa will be fun but i’m going to have to put in a lot of work, I know that,” Plys said.