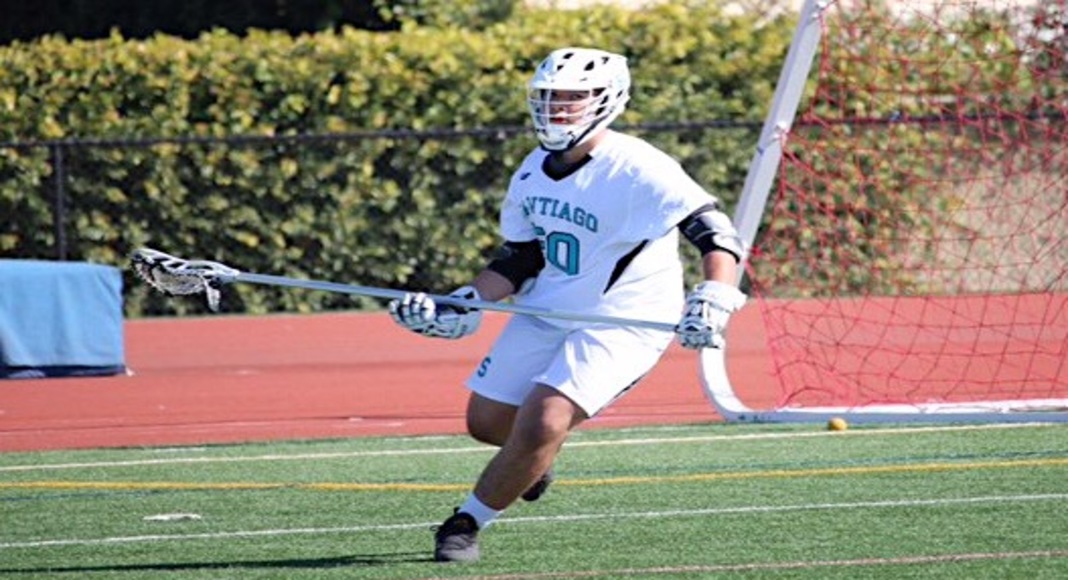 Santiago’s tough-as-nails defenseman David Castaneda will continue his lacrosse career at NCAA Division III lacrosse at Elmhurst College in Illinois.  Castaneda made his commitment official at an on-campus signing day ceremony on February 6.

“It’s just exciting,” Castaneda said. “I’m nervous as well but I’m really looking forward to the opportunity that Coach (Mark) Morrell gave me and it’s satisfying to know that all my hard work, in the classroom and on the field, has paid off because I get to go to the next level.”

Like a number of today’s lacrosse players, Castaneda started out playing football in his early years. It wasn’t until the fifth grade when his father convinced him to try out for the Corona Cavaliers, a brand new club that was formed by the Inland Empire Lacrosse Organization.

Since then, Castaneda also had stints with 3D Riverside, Zack Burke’s 3D San Diego while most recently joining the SoCal Bulls under coach Kevin Cooper, who happened to be his first coach at 3D Riverside. However, his career would come full circle as it was with the Corona Cavaliers where he met his future high school coach Keith Parr.

Now a three-year varsity starter and captain under Parr’s tutelage, Castaneda has made a name for himself by fortifying the Santiago’s backline with his physical defense, veteran leadership and passion for the game.

Castaneda’s outstanding play on the field and excellence in the classroom garnered him much interest from Elmhurst College in Illinois, whose recruiting staff saw him play at a tournament last winter. This spurred him to visit the campus and get familiar with Coach Morrell and the brotherly culture he’s established amongst the team.

“When I met Coach Morrell, I just hit it off with him,” Castaneda said. “I love how he runs the program and how he takes care of his players in the classroom and outside the classroom … It was a great culture, which is what really drew me to there.”

As he enters his senior season of high school, Castaneda hopes he and the Sharks are able to make a big push for the championship while also staying fit and polished for the upcoming NCAA competition. Academically, the honor roll student plans to major in sports management in hopes of one day becoming a sports marketer for a professional team.