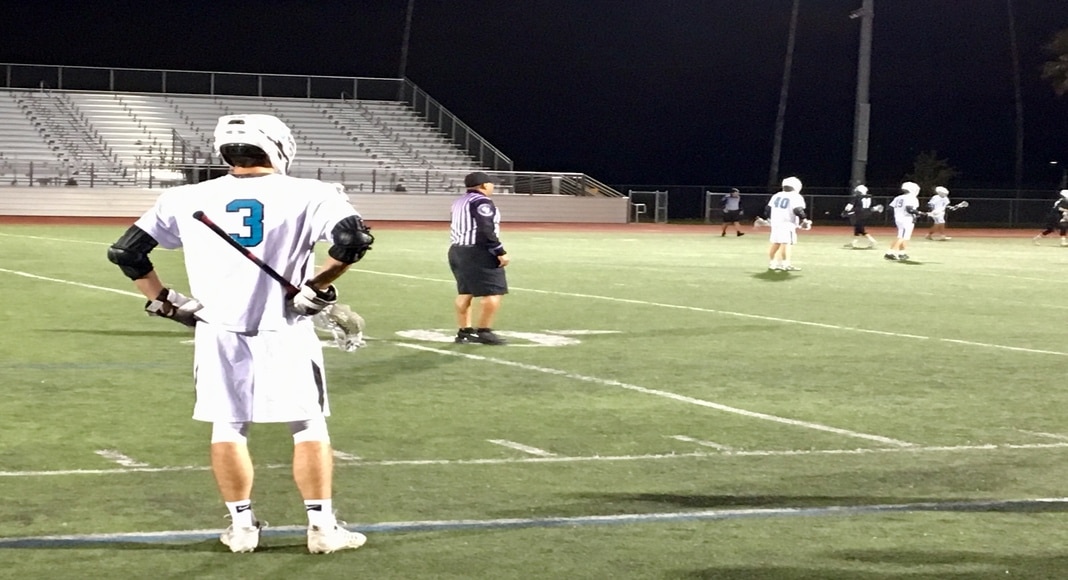 Coming off an uninspired performance against Yorba Linda last game, Santiago is back on the right track after defeating Aliso Niguel 14-8 Thursday night.

Both Santiago and Aliso Niguel went into the game with winning records but it was the Sharks who had just been dealt a 10-4 loss by Yorba Linda. On the other hand, the Wolverines had just picked up a solid win over Mission Viejo and only lost to Yorba Linda by one goal earlier this season.

However, the Sharks came out guns a blazing in Thursday’s game, blitzing the Wolverines to gain a 3-0 lead in the first three minutes of the game. The first goal was scored by attackman Gabe Benso after Santiago leaked out in transition off an Aliso Niguel turnover.

Benso caused all sorts of problems for the Wolverines’ defense, initiating passing sequences and slashing inside for crafty finishes. His partner in crime was Ruben Santana as the dynamic duo combined for eight goals and three assists.

Despite Santiago’s onslaught, the Wolverines wouldn’t go down without a fight and kept nipping at the Sharks’ heels for a majority of the game. In the first three quarters, Aliso Niguel never trailed by more than three and even drew the game within one goal a couple of times.

It wasn’t until the fourth quarter where Santiago started to take control as it quickly blew the game open. The Sharks’ defense managed to turn it up a notch and keep Aliso Niguel scoreless in the final period.

Goalie Logan Yost also did well to hold down Santiago’s fort. The senior recorded nine saves for the game, including three crucial ones in the fourth quarter to prevent the Wolverines from mounting a comeback.

Santiago attackman Ryan Richardson also logged in a noteworthy performance, snagging himself a hat-trick to go along with an assist. For Aliso Niguel, midfielders Sean Ibarra and Shane Styskal each scored a hat-trick to help keep the game within striking distance.

Up next: Santiago (5-3) gets the weekend off before visiting Servite (1-4) on Tuesday. Aliso Niguel (3-3) travels to Edison on Saturday.