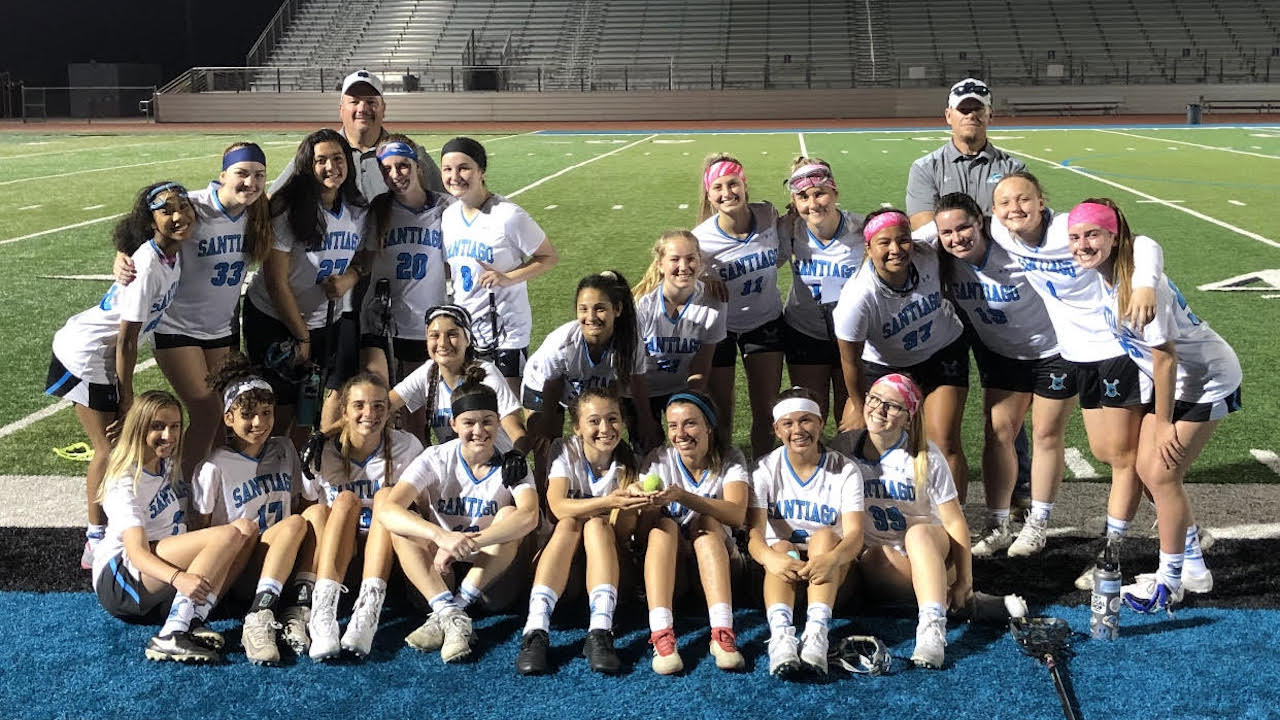 The Santiago girls lacrosse team added the inaugural Big VIII league championship to their trophy case this season. The two-time Empire Cup championship continue their dominance of Inland Empire girls lacrosse by storming through league play with an undefeated 5-0 record.

“I am so proud of our team for playing so well in the inaugural Big VIII League, said coach Larry Palochik, “dominating our competition with 95 goals scored and only 9 against in the 5 League games.”

The Sharks who have a 12-6 overall record are getting it done this year with a high-powered offense that is averaging 13 goals per game and a stifling defense that is yielding less than eight goals per game. Seniors Nicole Palochik and Claire Knight, junior Riley Wilson and sophomore Kaylee Bravo have all hit the 40-point mark this season.

With Wilson, Bravo and Junior Lexi Brown returning for another year the future looks bright for the Sharks. Wilson leads the team 82 draw wins while Bravo has a team-topping 37 groundballs and 4 interceptions as well as third-best 23 draw wins. Brown is no. 2 on the team in groundballs (21) and draw wins (31).

Senior Katie Burr and junior Payton Nuse have split most of the time between the pipes this season and have recorded 58 and 75 saves, respectively.