Yost Defends Cage, Santiago Defends Home Turf to Get Even With Great Oak 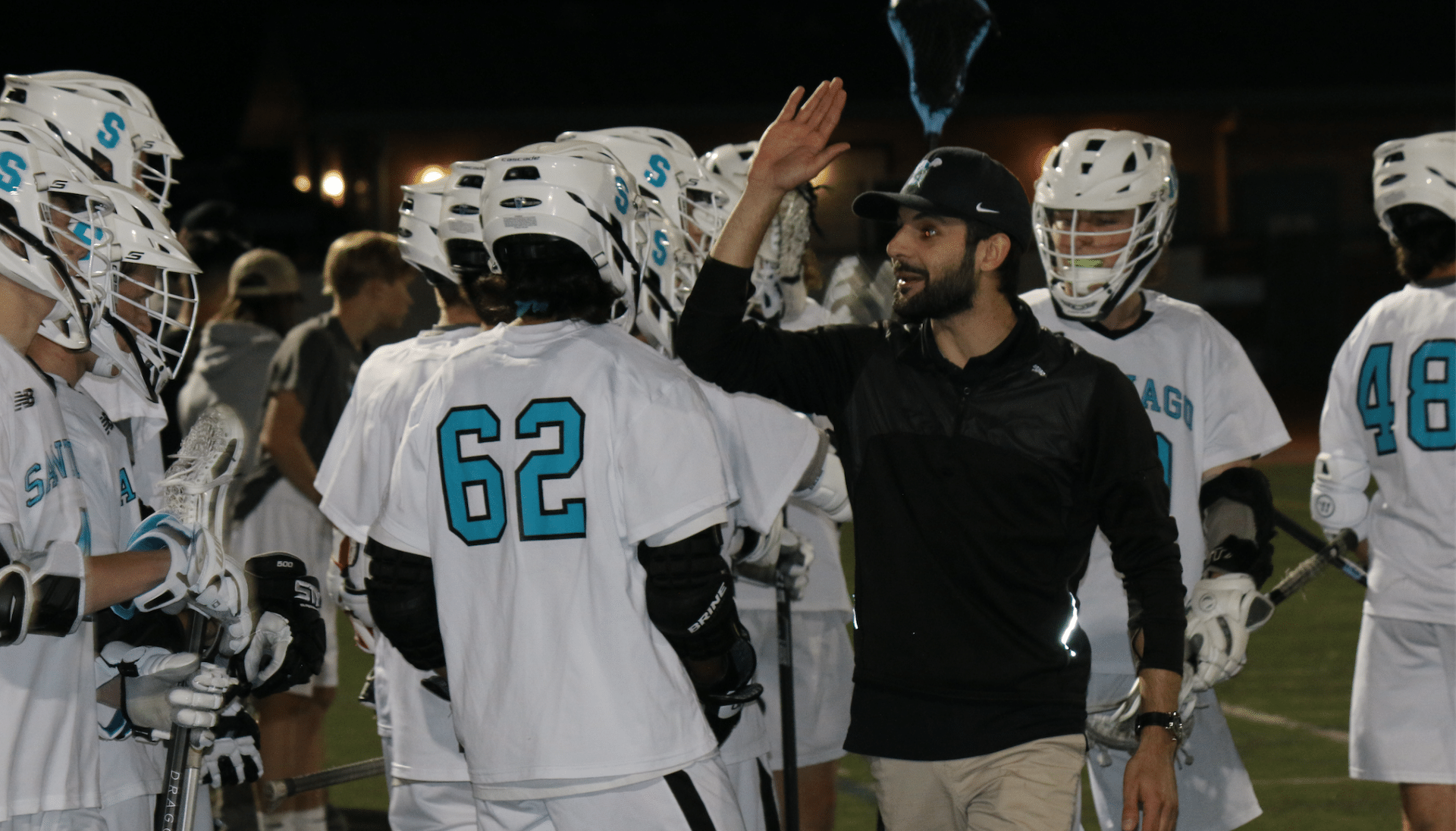 Behind a scrappy all-around effort and 17 Logan Yost saves, the No. 12 Santiago Sharks managed to avenge an 8-3 road loss to the No. 8 Great Oak Wolfpack with a strong 10-8 home win on Friday night.

With the season winding down and the next coaches poll just a few days away, this win may have been the biggest in the young history of Sharks lacrosse.  With six games left to play the Sharks have put themselves in the Top 10 conversation.

Santiago is also building a nice rhythm before the playoffs start. Going into last night’s game, the Sharks were riding a three-game winning streak and were poised to gets some payback for the loss Great Oak handed them earlier this season.

Lo and behold, the Sharks put up a much better fight this time around. Santiago went toe-to-toe with Great Oak in the early goings as both sides finished the first quarter with one goal under their belts.

However, it was the second quarter where Santiago picked up a head of steam as the Sharks opened a 6-3 lead before halftime. Despite their somewhat comfortable advantage, Santiago was not out of the woods yet as Great Oak fought tooth and nail to bring themselves back in the game.

Yost was a big reason why the Sharks were able to open up such a lead in the first half. The senior picked up 10 of his 17 saves in the second quarter alone.

Ruben Santana and John Plys were the focal points in Santiago’s offense as the duo notched a hat-trick apiece to help keep the Wolfpack at bay. Great Oak continued to fight until the end but ultimately, Santiago never relinquished their lead and held on for the 10-8 victory.

The Sharks’ dominance at the dot was also a key factor in their win, winning 12 out of 18 face-off over Great Oak.

With the win, Santiago improves its record to 9-5 and look to keep its longest winning streak of the season alive against Chaparral (5-7) on Saturday. Great Oak’s record is stilll in good standing at 8-5 as the Wolfpack preps for a match-up against Murrieta Mesa (7-3) on Tuesday.