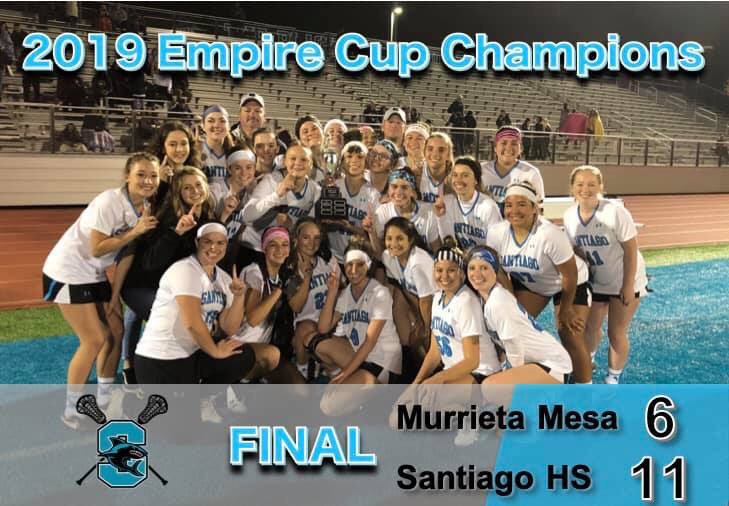 Now in its second year the Empire Cup pits the top four girls lacrosse teams in a playoff format. The Sharks hang on the the roving Empire Cup for another year and will proudly display the trophy at their school.