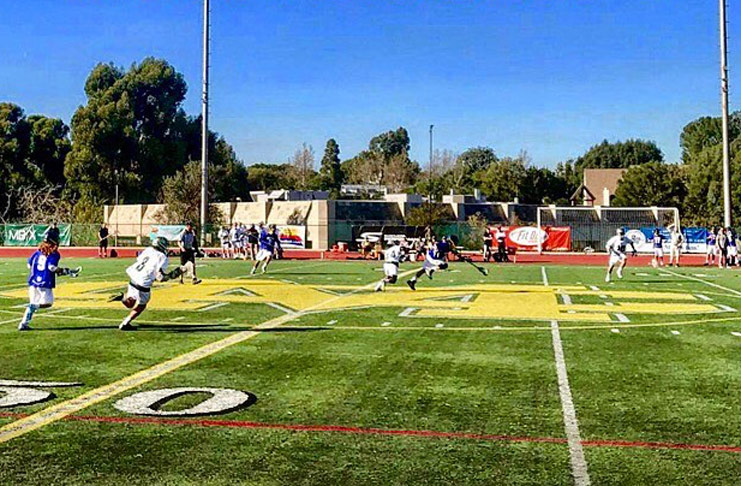 In their fourth year as a CIF program, the Santa Monica Vikings are starting to make some noise. Thursday, they took a 5-0 record and a plus-60 goal differential into a matchup at No. 11 Mira Costa and validated both those numbers with a 12-4 victory.

Coach Ben Keiser pointed to the balance Santa Monica has shown on both sides of the field.

“Today we had seven different goal scorers, a defense that shut down some of the best players in the region and a terrific effort from our goalie, with eight huge saves,” Keiser said via email. “That balance and the commitment by the leaders on this team has made this a very exciting season for us so far.”

The seniors on this Vikings squad slogged through a freshman campaign in which they went 3-9, including an 18-7 loss to Mira Costa. As sophomores, they went 7-9 and lost to Costa 9-7. They finally broke .500 last season at 10-8, and they are more than halfway to matching that win total already this season.

However, through it all, the Vikings have been behind El Segundo and Culver City in the Ocean League. They have the opportunity to change that next week, with a home game against Culver City on Wednesday and a trip to El Segundo on Friday.