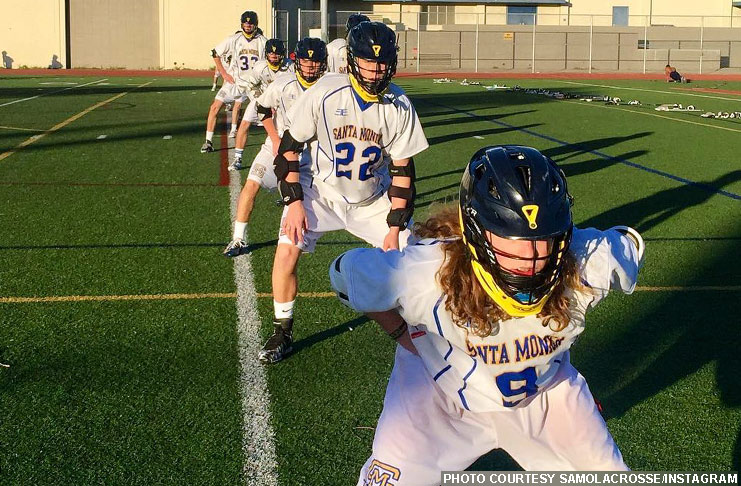 It took two weeks without a loss and a big upset win over Mira Costa to get people’s attention, but this week the previously unranked Santa Monica Vikings debut at No. 13 in the US Lacrosse/MaxLaxLA coaches poll.

Santa Monica (6-0) was not ranked in the preseason poll or in the Week 1 voting, despite a 3-0 start. But after three more wins last week, including a 12-4 win over then-No. 11 Mira Costa, poll voters are paying attention. The Vikings were voted as high as No. 4, but most ballots had them anywhere between No. 10 and No. 18.

Oaks Christian moved up one spot in the rankings after beating Oak Park and Sierra Canyon, and Crespi moved up two — from No. 13 to No. 11 — after beating Peninsula, which dropped from No. 12 to No. 15.

Thacher, which opens its season at Brentwood on Tuesday, dropped out of the rankings to make room for Santa Monica.