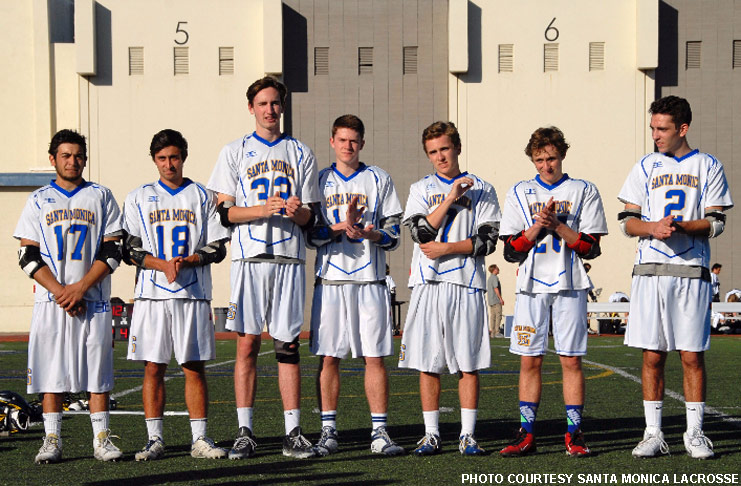 After a very busy start to March, with four games against ranked teams in less than three weeks, No. 12 Santa Monica was able to take its collective feet off the gas last week. League wins over Downey, 15-3, and Beverly Hills, 14-2, brought the Vikings into spring break with a 12-0 record and their eyes on yet another first: An Ocean League championship.

Keiser gave much of the credit for this year’s success to his assistant coaches.

“James Phelan has molded this defense into one of the most cohesive units I’ve seen at this level,” he said. “They play with a lot of aggressiveness and strength, but they stay calm. It’s a great group, and James has led the way. The past couple years we were pretty unsettled in the net. This year, our goalie coach, Howard Alperin, has done a terrific job working with Tyson Zecher. We owe a lot of our success to their work getting the kids ready to play.”

At a pregame tribute, Coach Keiser lauded his seniors: “As you know, we are four years into our CIF program, and a lot of the success is in these guys right here. They’ve really defined the culture of our team and our program.”

The seniors, and the rest of the Vikings, are hoping to continue their success April 19, after spring break, in a rematch with El Segundo that will ostensibly decide the Ocean League champion.