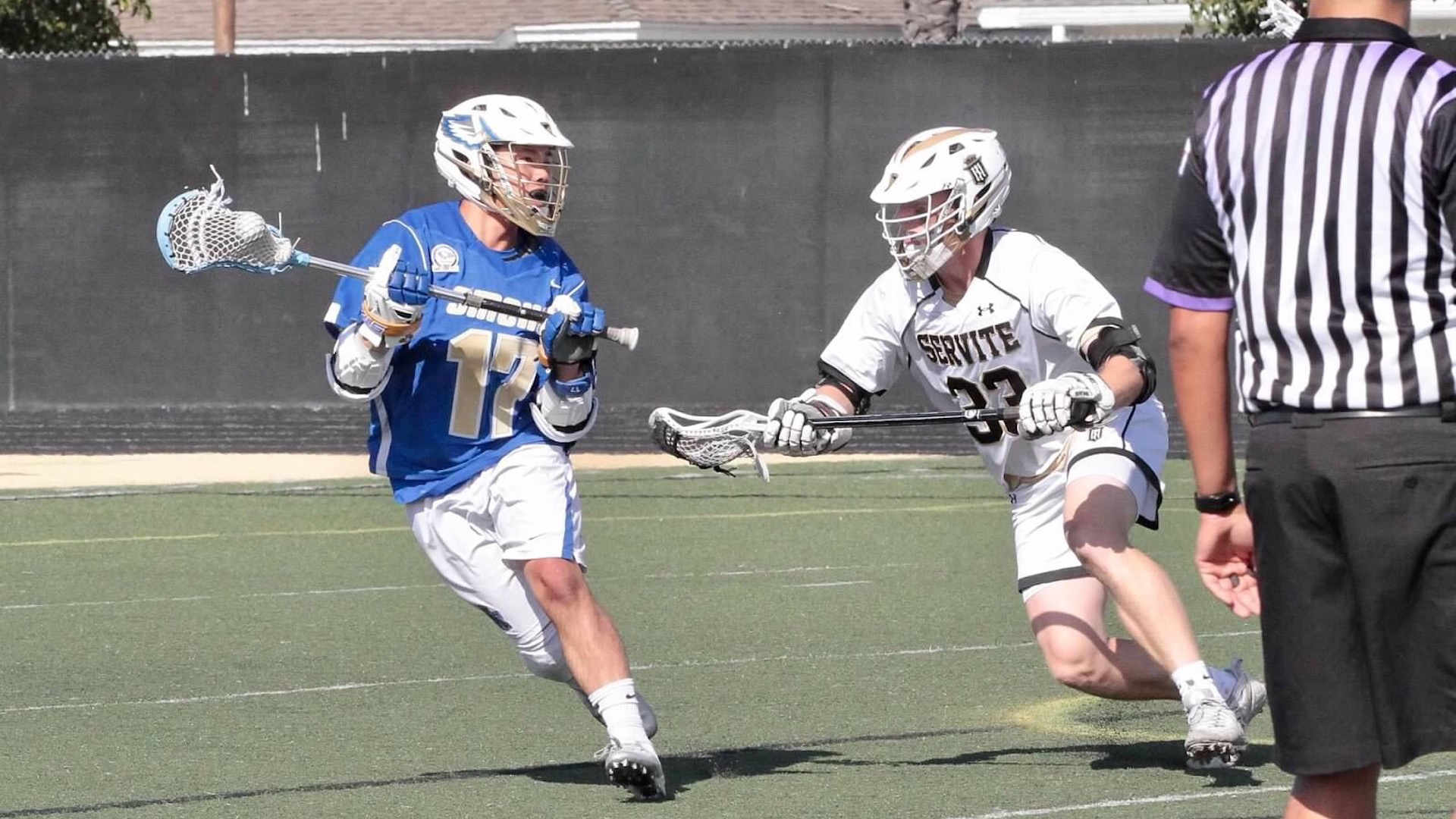 Santa Margarita senior attackman Ryan You has committed to study and play NCAA Division 3 lacrosse at the College of Wooster in Wooster, Ohio.

“I chose Wooster because of their great independent study program which will give me a great opportunity toward my future,” said You by email, “and also the lacrosse team who are a great group of guys who are willing to put in the work but also give me support to be the best student-athlete I can be.”

You is one of a deep group of seniors that will help new head coach Paddy Chester when the Eagles begin play in 2019 and begin their quest to improve on last year’s trip to the County semi-finals.

You has set a high bar for 2019, saying that he wants to help the Eagles bring a Southern Section championship back to Santa Margarita for the first time.  Having been deep in the playoffs before, You knows that senior leadership will play an important role this season.

“My personal goal (for the 2019 season) is to present leadership toward the underclass men to help them grow to be better lacrosse players and students”, he said.

Once he makes the transition from Eagle to Fighting Scot, You will play in the North Coast Athletic Conference against teams like Denison, Hiram, Kenyon, Oberlin, Ohio Wesleyan, Wabash, Wittenberg. The Fighting Scots finished 2018 with an 8-7 overall record and 4-4 conference record.

“I have had the pleasure of Coaching Ryan for almost 10 years at different levels,” said Coach Chester by email. and with always the same feeling, a young man with great energy, passion for the game and always such a big smile. He is always willing to listen , learn and get better. I am incredibly proud of his commitment to Wooster, i know he will be a fantastic teammate, continue to work hard and be successful.”

You got an early start in lacrosse and already has nine years experience on his resume.  He’s been influenced by many great coaches in Orange County beyond and wanted to thank them for their support.

“I would like to thank the following Coaches – Paddy, Guy, Miles, Tintle, Finn and special thanks to Brad for helping me get started in lacrosse 9 years ago”, You said.

I also want to thank Coach Kavanaugh and Coach Habick at College of Wooster in believing in me as a student athlete. Go Fighting Scots!!!

Finally- Thanks to mom and dad in their support over the years with all the practices and games. They are my biggest fans.”