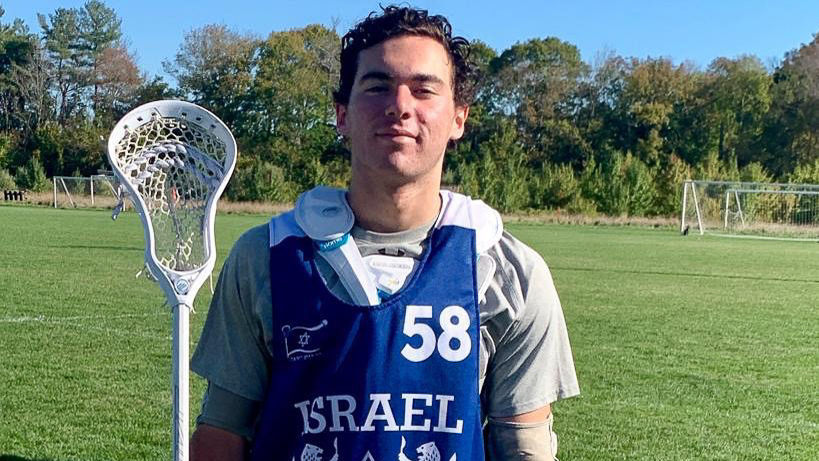 Kai Solomon had experience playing with Team Israel before, but it was never quite at this level.

On Oct. 4, Solomon, a junior at Santa Margarita, joined up with Team Israel on the east coast to scrimmage college men’s lacrosse teams Harvard, Brown, Boston University and Stonehill College on their home fields.

“It was a lot of fun,” Solomon said. “The game was a lot faster and a lot more physical going from Orange County high school to D1 lacrosse, but I liked it a lot more. There was a lot more going on and it was super fun and it was a great experience to get to challenge myself against some really talented guys.”

Solomon, who plays close defense and long stick midfield was first introduced to lacrosse in Israel when he went on a service trip as a freshman. Israel has been growing the sport of lacrosse and has been inviting Jewish-Americans to the country to help.

While in Israel, Solomon visited schools and donated gear to the students so that they could play lacrosse at lunch or during physical education. He also played against some European teams.

His time with Team Israel has also given him meaningful life and cultural experiences. While on the service trip, Solomon and his teammates visited the Western Wall in Jerusalem. It turned into an impromptu bar mitzvah.

“We showed up and one of the coaches on the trip was like, ‘Kai, do you want to lead us in prayer and become a bar mitzvah?’ and just memorize the prayer right there,” he said.

“As a Jewish kid in orange county your’e a little isolated, especially at a Catholic high school. “Going back to Israel and just like the vibe and the culture there is great and it like, just connected me to my heritage and my religion.”

Not only has Israel lacrosse helped build his sense of self, it has also helped him in deciding what the next step in his lacrosse career will be.

Playing against the European teams as well as the American college teams, he’s gotten a taste of what the game is like at the next level.

“The biggest challenge for me was the mental aspect of how fast the game moves at that level,” Solomon said. “There’s a lot of off-ball plays, everybody is constantly moving and doing something. It’s important that you’re 100 percent in it mentally.”

So far in the recruiting process, Solomon, an All-Trinity League selection last season, has looked at a few schools including Notre Dame, Maryland, Harvard, Boston University, Dartmouth and Utah.

“It definitely has been helpful getting to play the older guys,” Solomon said. “It’s a learning experience and it’s like, made me just like want to work harder knowing that I’m in an OK position, but I want to get better, faster, stronger so I can not just be out on the field and compete but dominate at the next level.”