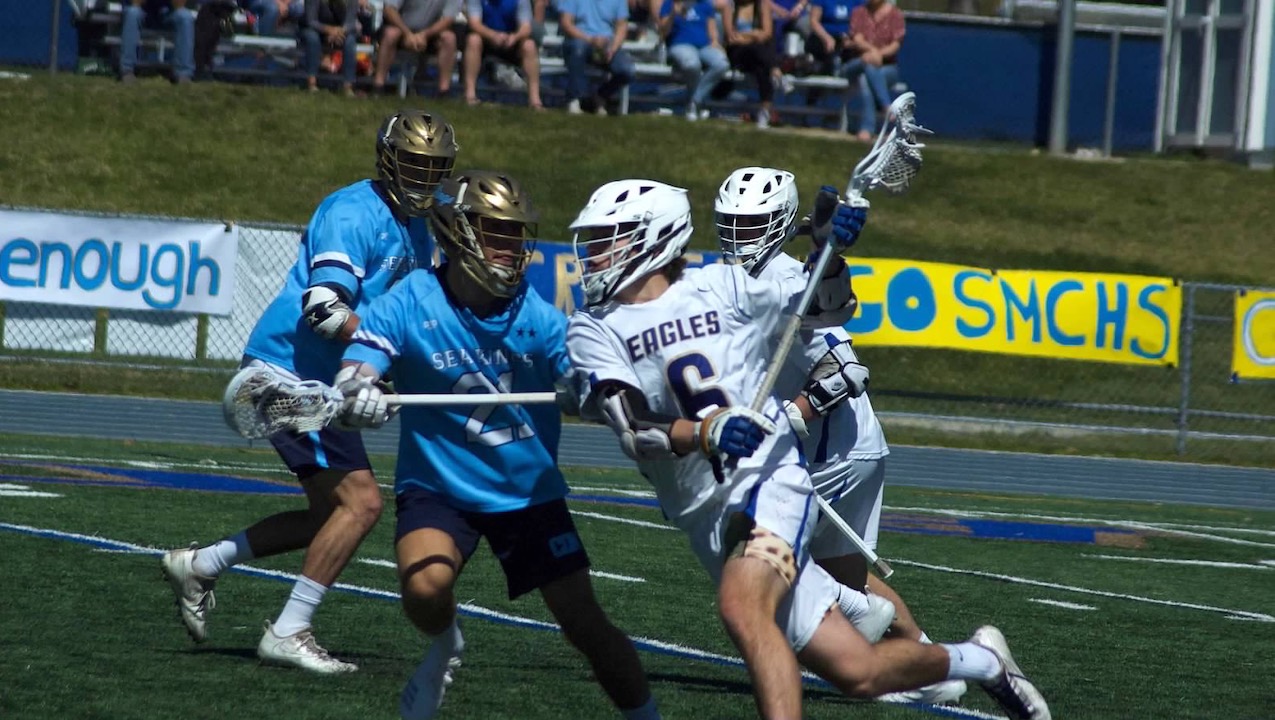 Kentros will be part of an upstart program that just finished it’s first season of NCAA D1 lacrosse.  The Ute’s inaugural season was highlighted by wins over over more established programs like Mercer, Air Force, Furman, Bellarmine, and Detroit-Mercy.

“I chose Utah because I like the idea of helping to build the program and what it stands for,” said Kentros by email. “The coaches are dedicated to building the complete person and not just the athlete.”

Before he heads off to Utah where he thinks he will study entrepreneurship, Kentros still has some unfinished business at Santa Margarita.  He’d like to help the Eagles with their fifth straight Trinity League title and help new coach Ryan Brent build upon the Eagles’ winning tradition with a CIF championship.

“My goal this year is to win the off-season and help build the new culture that Coach Brent has brought with him to SM,” Kentros said.

Brent may be new to Santa Margarita but he is well aware of Kentros’ talents.  Brent formerly coached at Concordia-Irvine where he built a national MCLA power fueled in large part by recruiting local talent and also coaches with So Cal Express. Brent likes what he sees in Kentros and thinks he has a bright future as a Ute.

“We are so proud of Connor and are very excited for his future,” Brent said. ‘He will be a great asset to the Utah program and is just scratching the surface of his potential as a player and as a leader. Connor brings an infectious energy to everything he does and makes a huge impact on and off the field for us at SM.”

Kentros also took some time to say thanks to all of his teammates, coaches, and family for helping him through the recruiting process.