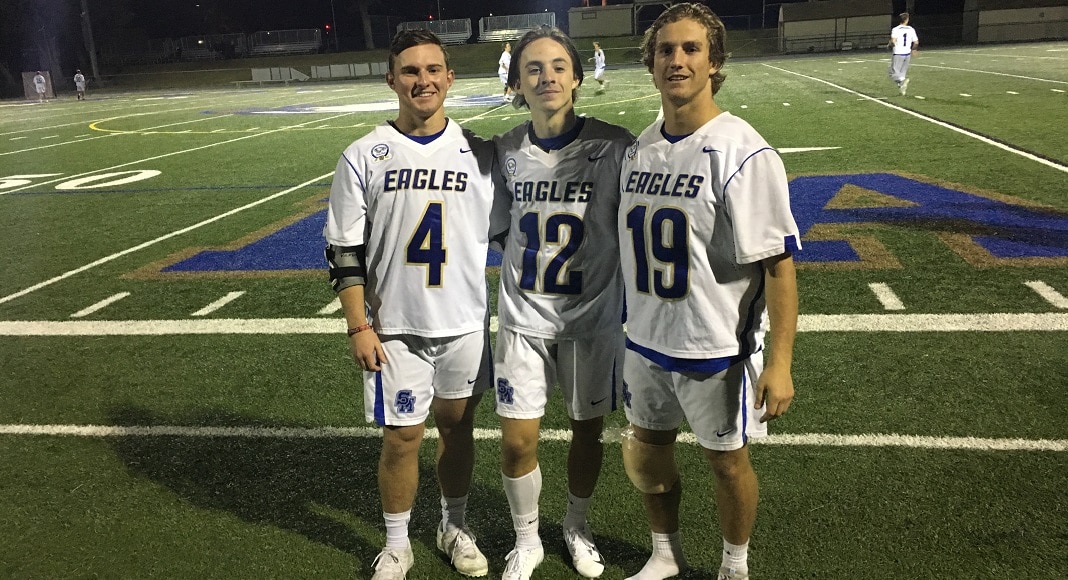 Against Newport Harbor, the Sunset League champion, Eagles coach Adam Guy said his team could not afford to look ahead.

“I didn’t want to distract the guys, get them looking ahead. I was curious about it [the CdM-Corona score],” Guys said. “I’m glad our guys took care of business tonight. Coach [Mark] Todd is fantastic, he’s an excellent motivator. We knew they’d be a high energy team, so it was important for us to have a good start.”

The Eagles got off to a hot start scoring the first four goals of the game, while the Sailors didn’t get on the board until the 4:30 mark of the first quarter. The Eagles continued to power through the first half and held a comfortable 11-2 at halftime.

“We moved the ball very well tonight. That’s something that we harped on and we’ve been working on it all season. We got their defense spread out, which gave us some open looks,” Guy said.

The Eagles were led by Quentin Buchman and Michael Walsh who had five goals apiece while Tyler Wrightson had four. Nicholas Parrino scored twice while Ryan Williams scored once for the Eagles, which got six saves from Garrett Olsker.

For the Sailors (13-6), Rhett Farmer, Hunter Rouch, Race Mooers, Aiden Goltz and Zach Quinonez each scored once. Garrett Rovazzini had seven saves for the Sailors, which saw their 10 game winning streak end.