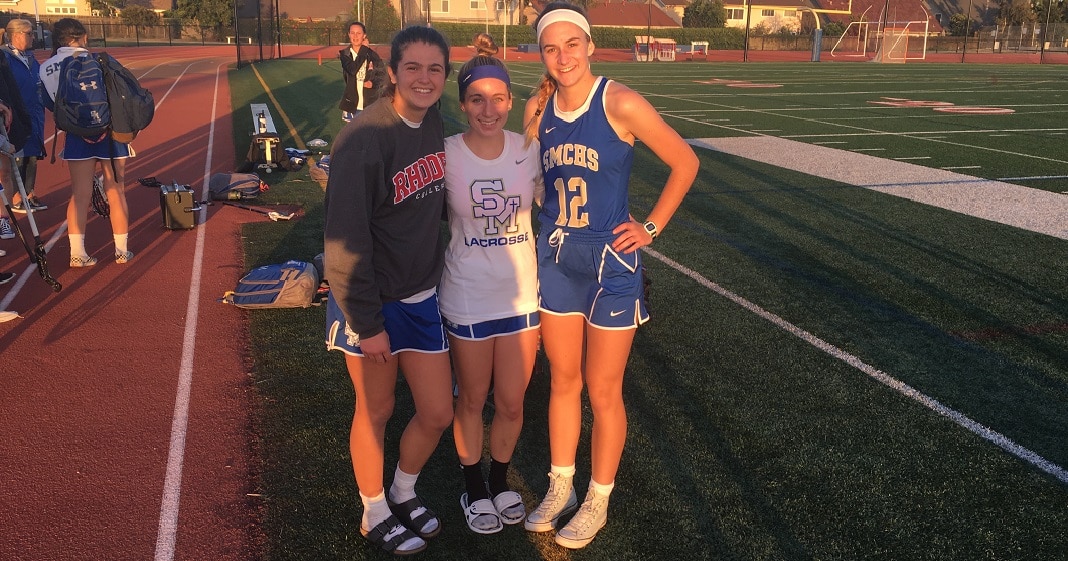 The Santa Margarita girls lacrosse team halted its two-game losing streak with a 14-4 win over Los Alamitos on Thursday at Los Alamitos High School. After suffering tough losses to Foothill and Mater Dei last week, the Eagles got back on track against the host Griffins, as they scored the game’s first eight goals.

“I think this past week in practice we just focused on everyone being a threat, everyone going 100% all the time and I think once you’re going hard all the time at practice and you’re your best competition, games a lot easier,” Eagles coach Kirstyn Atkinson said.

The Griffins didn’t score their first goal of the game until the 7:26 mark, and allowed the visiting team to go ahead 11-1 at halftime. The two teams played to a three-goals apiece standstill in the second half but that was not nearly enough for the Griffins.

“I think the offense came back. They really rebounded from last week. I think a lot of the season we’ve been pretty stagnant and now we’re really focusing on just constant movement on the attack. I think it was a good confidence boost in this game that they know that they can all score now,” Atkinson said.

Hannah Hornung made 10 saves for the Griffins. Morgan Kalish notched a hat trick, Naomi Laurain scored once, and Kierra Houston netted quite the catch from prom.

Despite the loss, there were 3 positives that Los Alamitos’ girls lacrosse team had today: Hannah Hornung had 10 saves today, Morgan Kalish had a hat trick and @kierra_houston got asked to prom. pic.twitter.com/MvozNTFEGj

“I think the girls showed up and I think that Santa Margarita is fantastic competition. We had a rough go of it a little bit in the first half, but the girls picked it up in the second, really came out strong. The second half of the game was definitely a fight we’ve been looking for and they’re definitely stepping up and fighting and trying to get it done,” Griffins assistant coach Courtney Novak said, who was filling in for Sophia Aragon.

Both teams return to action on Tuesday. Santa Margarita (9-4) has a road game against Newport Harbor at 6:30 p.m. while Los Alamitos (4-9) celebrates its senior night against Valencia (Placentia) at 5:30 p.m.