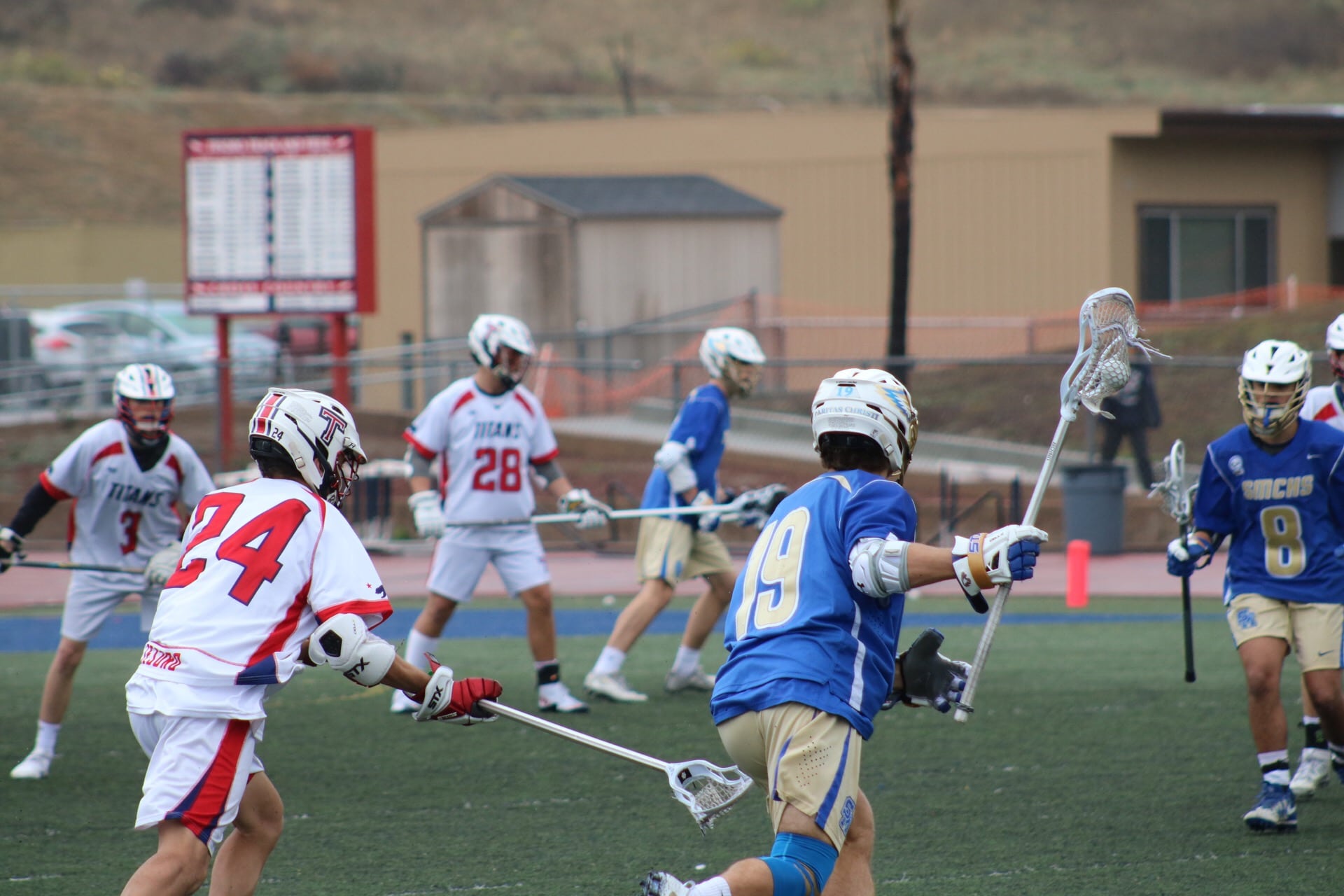 The No. 4 Santa Margarita Eagles (4-3) began their Northern California trip with a convincing 12-6 win over Amador Valley (6-5).  This game featured the return of the Eagles midfielders Quentin Buchman and Michael Walsh.

Walsh (4G) and Buchman (3G) wasted no time in their respective return to the field. Tyler Wrightson (1G, 3A) and Nicholas Parrino (3G) were both major contributors offensively as well.   Jack Allender (2A), Connor Carlson (1G), Connor Kentros (1A), and Robert Colley (1A) rounded out the scoring tally for the Eagles.

Kai Solomon led the team’s defensive outing with three caused turnovers, and was also successful in three of four faceoff attempts. Ryan Olsker had 10 saves between the pipes.

The Eagles continue their NorCal trip tonight against Bellarmine Prep (3-5).