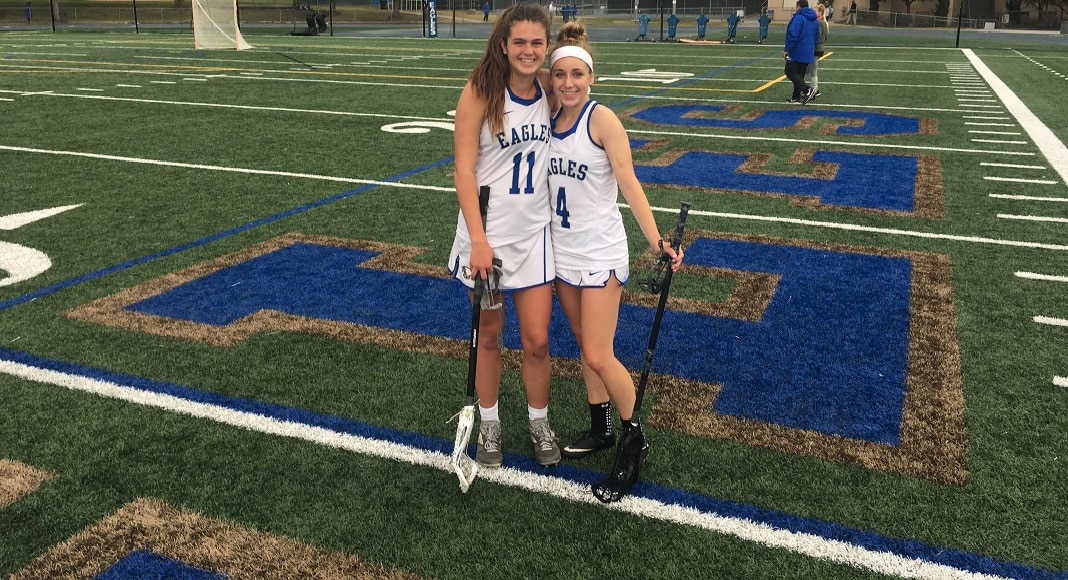 The No. 4 Santa Margarita girls lacrosse team fought off a frenzied comeback attempt by No. 13 Los Alamitos on Tuesday to secure a 9-8 win and advance to the second round of the playoffs.

Leading 9-4 with about 15 minutes left to go in the game, the Eagles seemed firmly in control of their own destiny. However, the proud and determined Griffins had other thoughts and came within a whisker of making the Eagles the only favorite to not make it to the second round.

The Eagles (12-4) will play fifth-seeded Trabuco Hills on Thursday at home with a time to be determined. The Mustangs took down 12th seeded Newport Harbor 15-10 at El Toro High School.

The Eagles didn’t advance without getting past what Atkinson calls a “scrappy” Los Alamitos team. The two teams were tied at 2-2 in the first half, until Katelyn Murphy scored four straight goals for the Eagles, allowing them to take a 6-2 lead into halftime.

With the Eagles up 7-4, they added two straight goals from Aidan Pike to go up 9-4, forcing Los Alamitos to call timeout with about 15 minutes left in the game.

The timeout allowed the Griffins to regroup and the came out firing, scoring four unanswered goals, to trim the Eagles’ lead to 9-8 with 2:58 remaining in the game. Anything can happen in three minutes of a lacrosse game but the Eagles won the ensuing draw and were able to maintain possession and win.

Murphy led the Eagles with five goals while Pike had four. Victoria Hoffman made three saves for the Eagles.

For the Griffins, Riley Deutsch led them in scoring with three while Rachel Drukker and Naomi Laurain added each added two apiece. Morgan Kalish scored for the Griffins.   Hannah Hornung had 12 saves to prevent the Eagles from getting too far ahead.   Despite the loss, Griffins coach Sophia Aragon was happy about her team’s effort and improvement from their first match against the Eagles.

“I think we came out hard from the first whistle and we went hard to the last whistle. It was really just stay focused, keep doing you. That was pretty much the talk at halftime,” Aragon said.