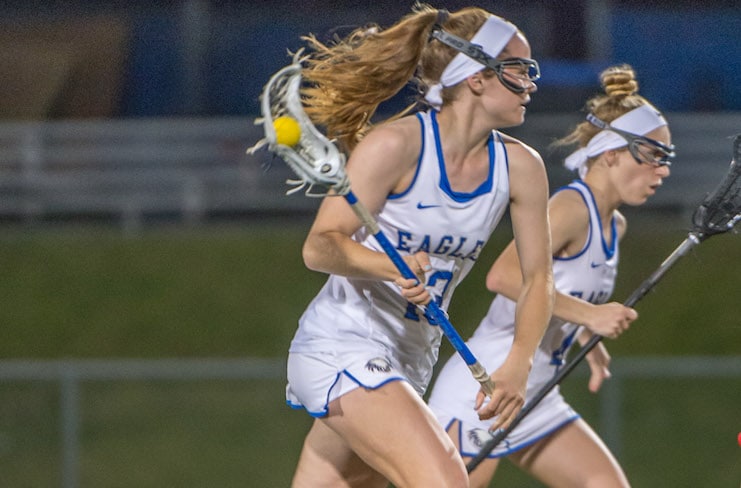 Last Friday, the Santa Margarita girl’s lacrosse team pulled off a victory against Beckman, 16-7.  In addition to Katelyn Murphy’s strong offensive play, Erin DiBernardo had 4 goals and 1 assist on the night.  Aidan Pike, Sidney Ruiz and Bella Martinez each had 2 goals and Maddie Bush had one.  According to Coach Bob Mezeul, the win can largely be credited to the team owning the possession game.  “We won over 70% of the draws and dominated the ground ball game all night.  That alone was impressive.  But the team then showed incredible poise and maturity by also controlling the pace of the game and limiting turnovers.  This was a key strategy going into the game – keeping Beckman’s scoring opportunities to a minimum by controlling possession of the ball.”

The Eagles play at home again tonight against Los Alamitos.