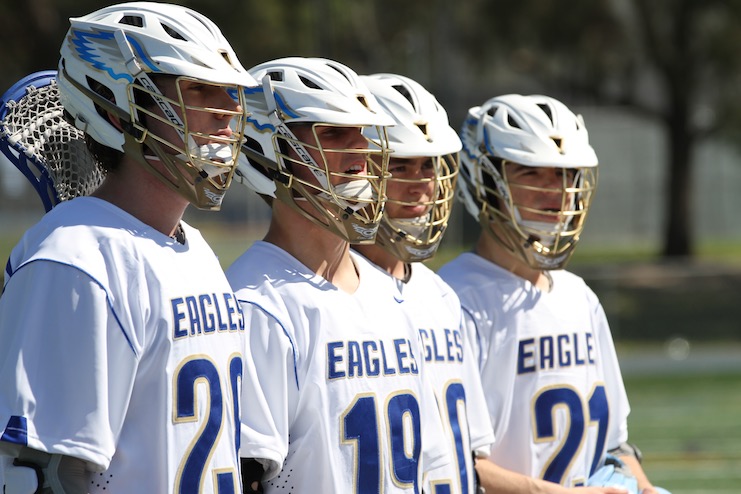 Santa Margarita played with some heart while closing out Wheat Ridge (CO) 12-6 on Friday night. The Eagles dealt the Farmers (5-2) who lost to Foothill and Pacific Ridge (San Diego) earlier in the week the only loss of their California trip. The victory also gave Santa Margarita some much needed momentum as they prepare to open Trinity League play against Servite on Tuesday.

Chase Lynch did his part by rewarding his teammates with possession on 16 of the game’s 22 faceoffs.  Chad Cobb had 11 saves in a solid night between the pipes to make the dozen goals stand up.

Offensively, the Eagles were led by Michael Walsh (4g) and Quentin Buchman (2g, 3a) were the leading scorers. Jack Allender and Jack Fisher (2g,1a) each scored a pair. Lynch and Tyler Wrightson added one apiece.

The Eagles (5-3,0-0) begin their quest for a second consecutive Trinity League title and the automatic playoff bid that goes with it Tuesday night when they visit Servite (9-3, 1-1).